Over 1.5 million beer bottles have been used by the monks of this Thai Buddhist temple to create a monumental shrine. While the monks themselves apparently played no part in emptying the bottles, beginning in 1984 they began asking the locals to bring them their empties, as they were tired of seeing bottles littering the countryside. Using these materials, they constructed an entire complex here in a rural region near the Thai/Cambodia border. The most commonly-used bottles are from domestic beer companies Chang and Singha, but the widespread Heineken and Red Bull bottles are also in evidence; the latter, for example, decorate the columns of the archway and also completely sheathe the exterior of several of the temple’s outbuildings.

The architecture of the temple complex is consistent with the vernacular tradition of the area, fluted soaring rooftops over arched porches, with many buildings raised on stilts. The monks used entire unbroken bottles in most places, carefully alternating color and position in order to comply with local aesthetics. They are carefully fit around doors and windows as well as archways, pillars, and the rooflines. Bottle bases are carefully inlaid into surrounding walkways. A concrete core is used to strengthen the infrastructure.

In addition to the use of the entire bottles and bottle bases, various mosaics throughout the complex were created with recycled bottle caps. Utilizing caps from a variety of different bottles, including small vitamin bottles, the different colors of the caps are used to carefully delineate the chosen imagery. Featuring Buddhist scenes of divinities located within verdant landscapes, and skies with perfect cumulous clouds, these mosaics are typically framed in columnar pillars sheathed in bottles that set off their narrative qualities.

Among the twenty-plus buildings within the complex are a temple, a chedi (the term typically used in Thailand to denote a dome-shaped Buddhist shrine), prayer rooms, a hall, a water tower, monks’ living quarters, visitors’ bathrooms, and a crematorium, all decorated with bottles. Construction continues with a 15+-foot-high Buddhist statue as well as other projects. “The more bottles we get, the more buildings we make,” said Abbot San Kataboonyo.

The Temple of a Million Bottles is now on an approved list of eco-friendly tourist sites in Southeast Asia, and the monks welcome visitors to their complex, whether to enjoy the aesthetic of the buildings or to pray. There is no fee for admission.

There is no fee for admission.﻿ 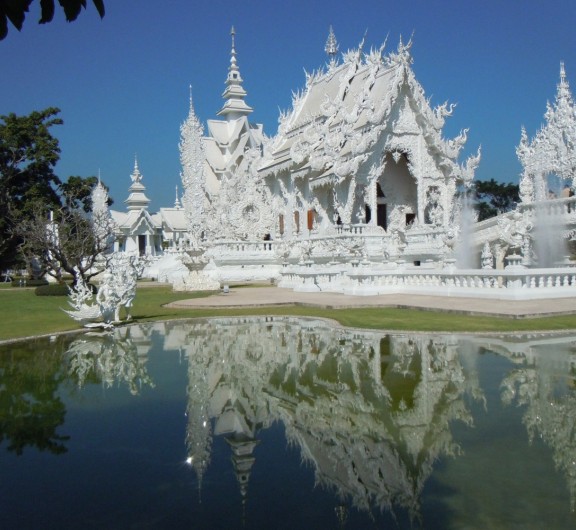 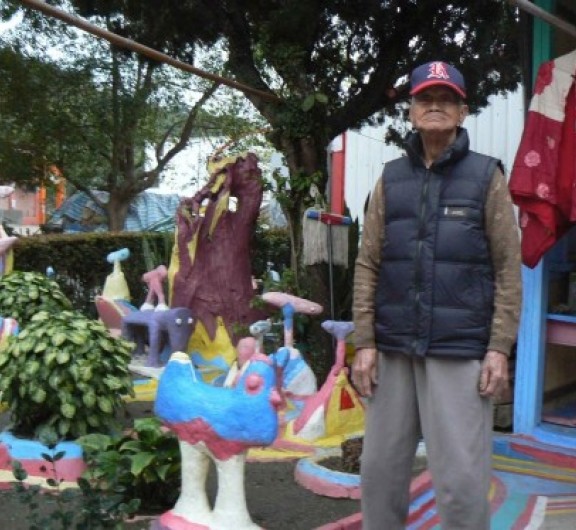