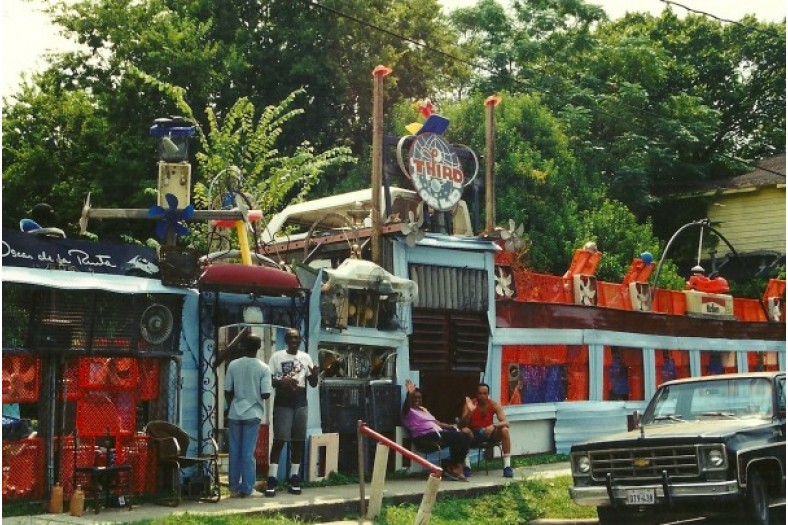 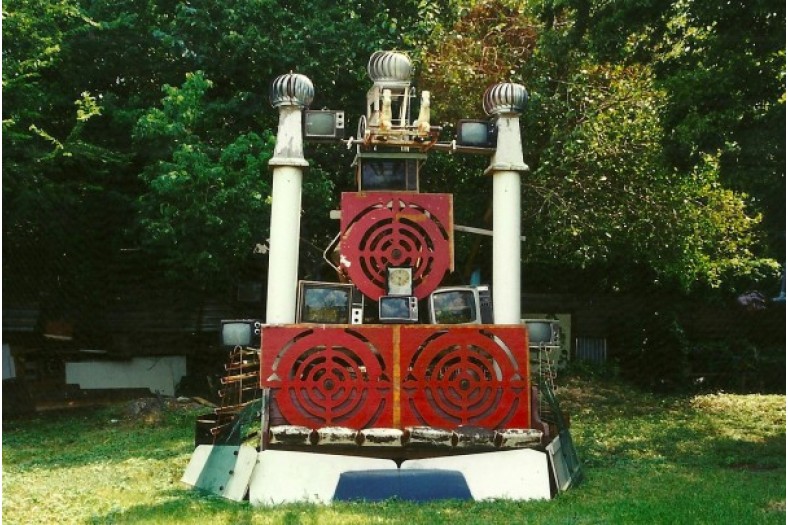 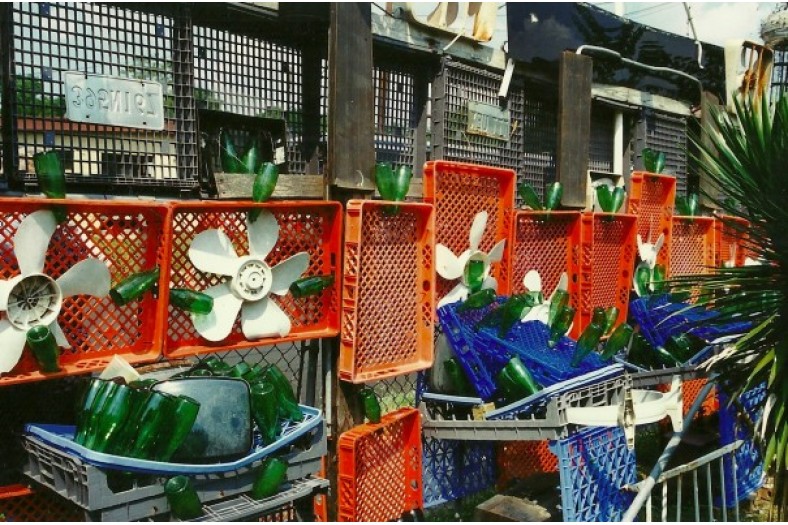 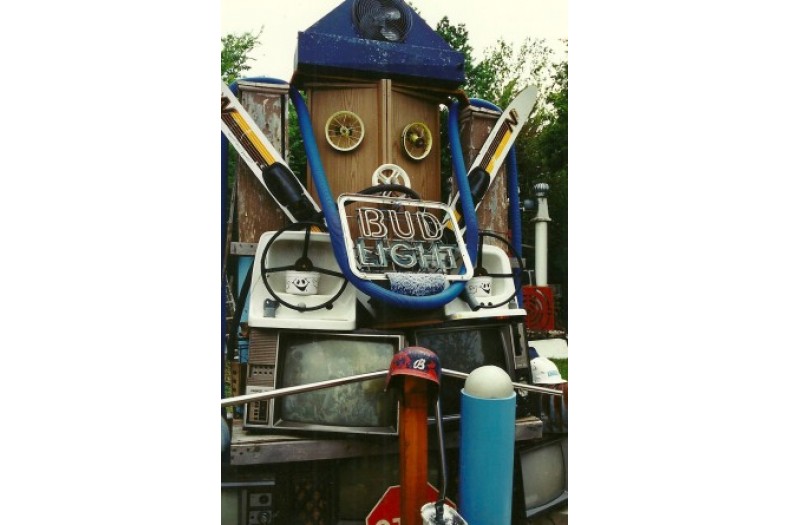 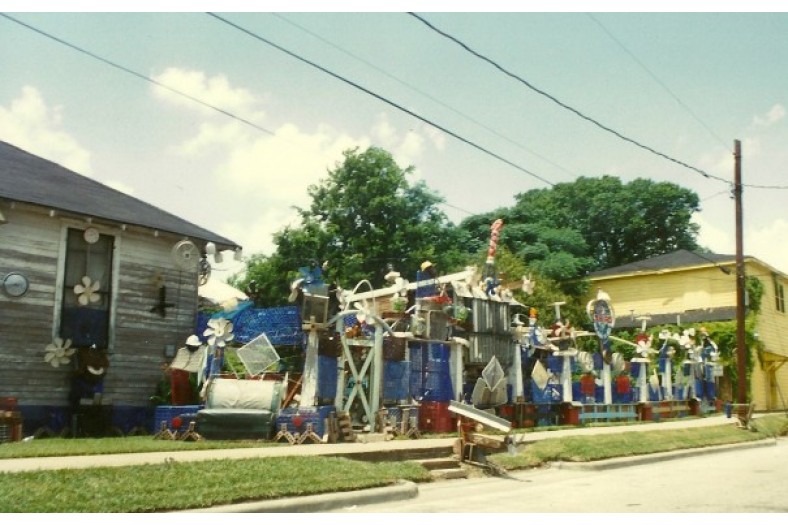 The fourth of five sons, Bob Harper was born to construction worker Willie Harper and his wife; after his biological mother died when he was four years old, he was raised by a stepmother who cared deeply for the boys, and who they also came to call Mother. Bob himself did not attend school past the fifth grade, but Willie taught his boys, all big and beefy, to work, and to work hard, and by the age of twelve each in turn joined their father doing construction.  Bob became locally renowned for his bricklaying and plastering abilities, but even at an early age he displayed an artistic side, building playhouses and arranging objects along the fence of the family’s home; when his mother would remove them, he’d put up a whole new batch the following day.

At age 17, the Bob Hammond Show, a traveling carnival, played in Houston, and Harper was hired as a temporary laborer to help them break up the camp following the close of the event. The carnival’s managers were impressed with his work, so asked him to stay on. He continued for almost fifteen years traveling with them around the country: he put up, disassembled, and even operated the rides. He would return home to Houston each winter, again doing construction, although both Willie and two of Bob’s brothers died in construction accidents, and he himself, later in life, sustained a back injury while working that required him to retire from active labor. After leaving off construction, for a while he made and sold tamales out of the trunk of his car – until the authorities in the health department shut him down – and then, beginning around 1980, he worked in a small grocery store around the corner from the house on Drew Street, to which he’d moved with his mother two years earlier. This grocery job supported the two of them, along with some help from his brother Quincy.

Harper cleaned the large yard of his new home of all its residual debris – the property had apparently served for years as a casual dump for residents of the Third Ward – and then began to adorn the interior walls of the house with objects he’d find on the street and on his travels around town, brought home in the back of his pickup truck. He built glass walls within the house, attaching images of religious and political personages, enhancing them with the wide variety of materials that he had found on the streets.

After the house became crammed with so many objects that it was hard to move around, he progressed beyond the house to the yard, assembling the debris and assorted found objects into complex and increasingly impressive sculptures. Among the first works was a watchtower some ten feet high; there were also a series of small rooms along the perimeter of the property and, on the fence, dozens of signs (including one, taken from a defunct local restaurant, which read “Third World”) and electric fan blades, many framed out in orange plastic packing crates. Others were mounted so that they could spin with the wind. From this came his local nickname, The Fan Man, as well as the name of his site.

Harper continued to bring in scrap, debris, and found objects of all kinds, mounding them into assemblages of various shapes and sizes; he would also, occasionally, pay a couple of dollars to local men if they brought him materials that he knew he could use. And then, one evening in January 1992, while he was at church several blocks away, a gas heater exploded in the house; within minutes, the entire home was engulfed in flames. Harper ran home after he was alerted by screaming neighbors, and was in time to see a 145-pound fireman breaking through a window, carrying out his 280-pound mother. She had already sustained third-degree burns over 70 percent of her body, however, and died two days later.

Yet while the Third World art environment had clearly been tied to the Drew Street home, there was no question but that Harper would rebuild. He moved to a Fifth Ward house just in front of the house his brother Quincy lived in, and almost immediately began working on a second iteration of Third World. New fence adornments, new towers, and new rooms for the local children to use as playhouses – all were built from the scavenged scrap and found objects of a growing city. He had lived in this house for only three years when his health began to decline; the local art community was concerned, as his environment had become a favorite on the Orange Show’s “Eyeopener Tours,” and they arranged a benefit fundraiser for him to help pay his medical bills. Unfortunately, however, he died five days before the event, on December 5, 1995. The benefit event went on as planned, but the funds raised – in part through auctioning off small pieces of his artwork – instead went to pay his burial expenses.

Bob Harper had been an extremely devout man, and, when asked, he attributed his ideas to divine inspiration and his intent to “build[ing] for the Lord.” Yet beyond a cross at the front of the yard, there were few, if any, overt religious symbols included in his yard environments. Nevertheless, there was one large work, created from old television sets, packing flats, and water skis that Harper called The Eye of Magnificence; it has been suggested that this was a reference to the All-Seeing Eye, the iconic image found on our dollar bills and illustrated in so many examples of religious visionary art. Others have proposed that the numbers of collected TVs, radios, and antennae might have served as a means for otherworldly communication; and that the predominant color blue – symbolic of the Virgin Mary and of heaven in Christian iconography – also had spiritual links.

By the mid years of the 2000s, Bob Harper’s constructions had been completely dismantled and the entire block had been razed, ready for a Project Row House construction project. Beyond the few works retrieved from his rented homesite and purchased at Harper’s posthumous auction and retained by collectors, little else of the Fan Man’s work remains extant. 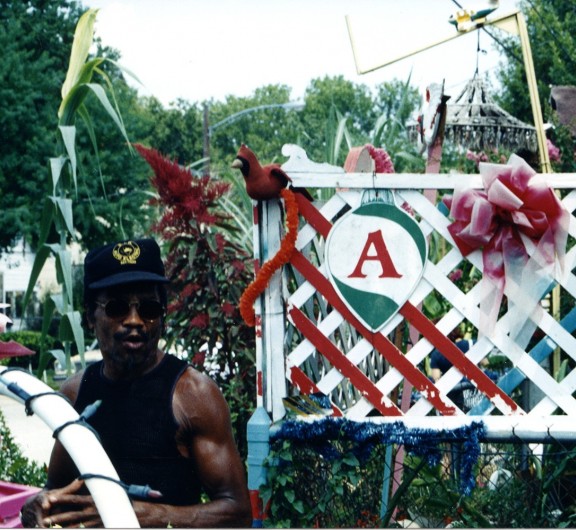 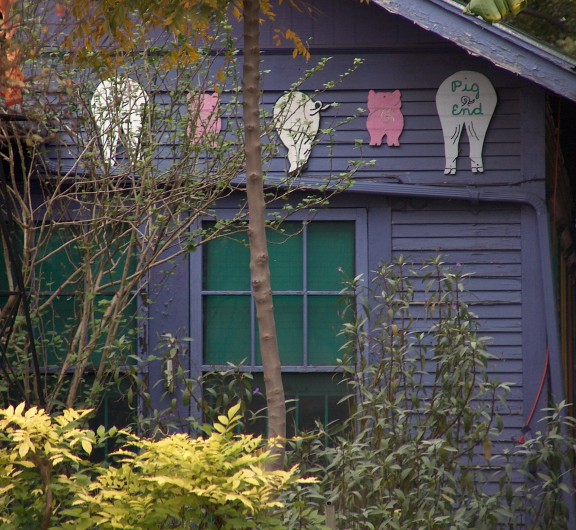 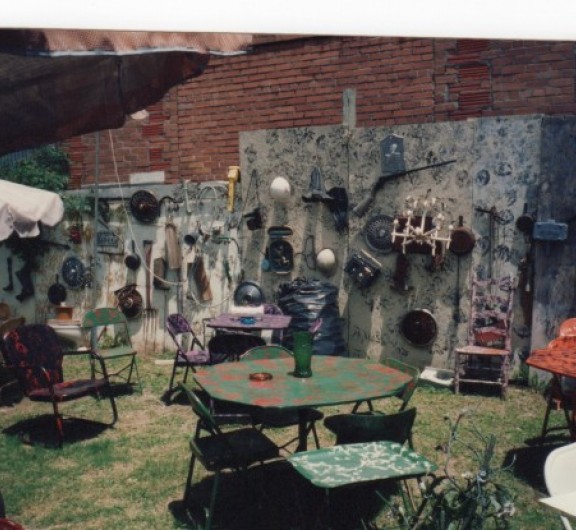 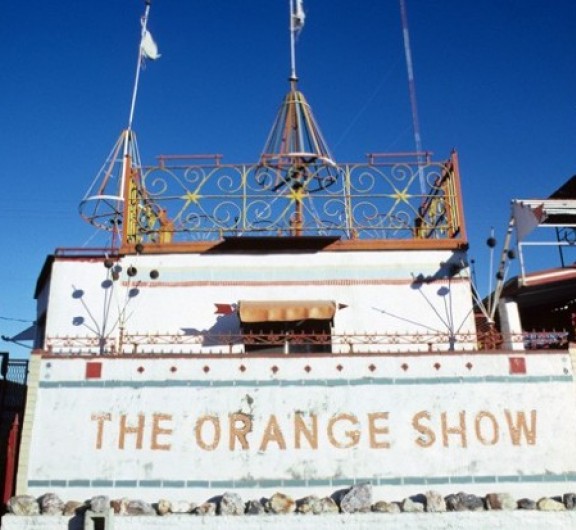 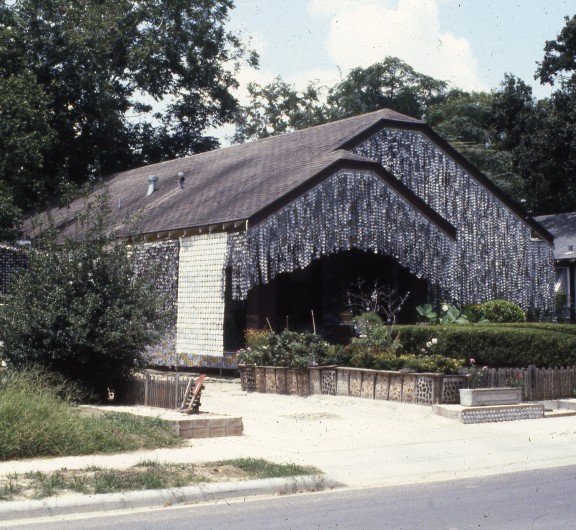