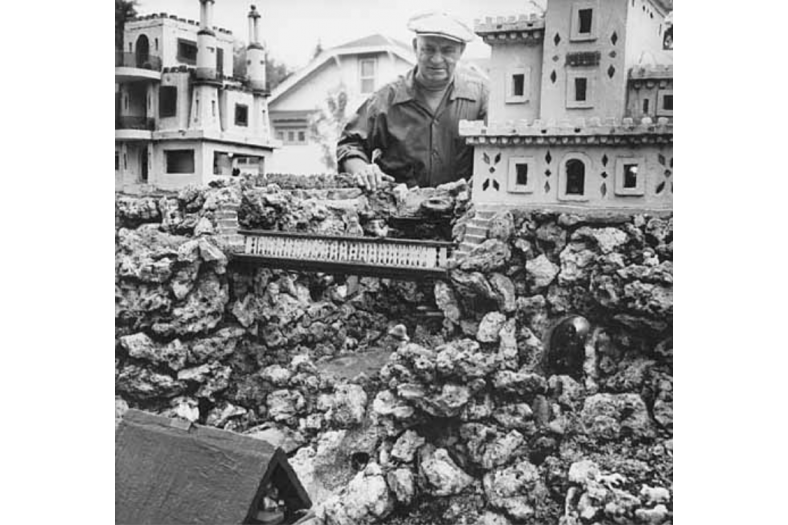 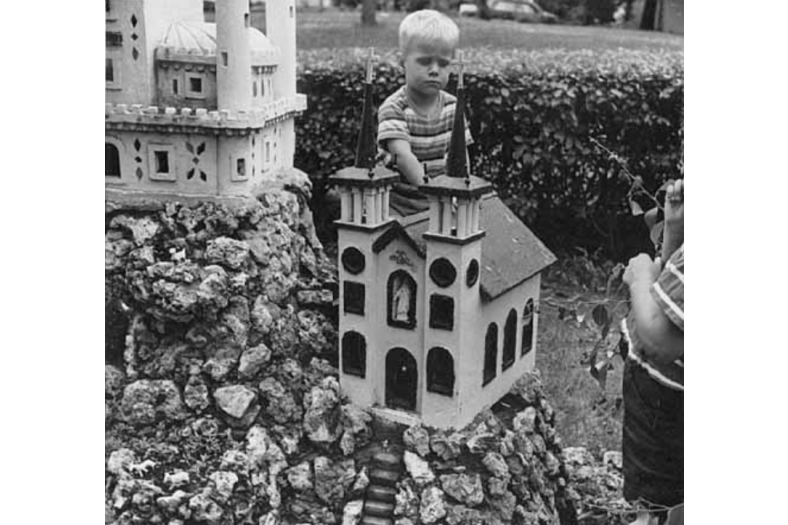 Starting in the 1940s, John Koher created a miniature village in his St. Paul, Minnesota, backyard called "Dinkyland." Tiny constructions were built onto the banks of a lily pond, including several buildings like a windmill and a church. The environment was inhabited by the likes of several tiny fishermen and a hobo with a chicken companion.

According to an August 1961 article in the St. Paul Sunday Pioneer Press, the constructions were also mechanized with an "intricate waterpower system." When turned on, a witch would chase a couple "around the veranda of a Moorish-looking castle while a skeleton, symbol of death, pops out at intervals" and "church bells–from an old phonograph–chime from inside a model of St. Paul's Assumption Catholic Church while at the mouth of a cave a red devil leers with treachery, eager to snare any worshiper who falls off the righteous path which leads from the water's edge." Article author Gareth Hiebert went on to say, "This portrayal of humanity's struggle is so realistic that a clergyman who saw it asked John to remove the devil. 'I told him it all stood for right and wrong and would stay,' John said."

Koher began working on his stone and cement creation sometime in the 1940s "to please no one in particular," asserts the article–as Koher was a bachelor. According to a search of Minnesota records, it appears that Koher passed away in 1966, and the current state of the backyard environment is unknown. 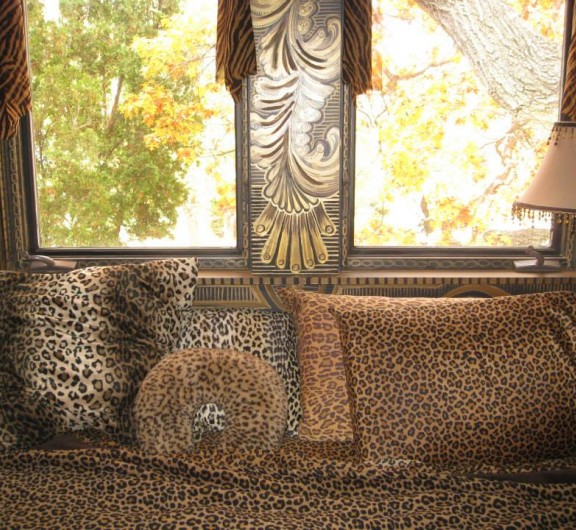 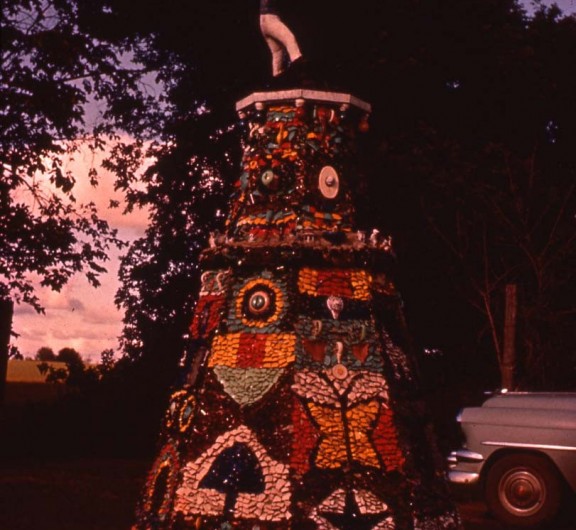 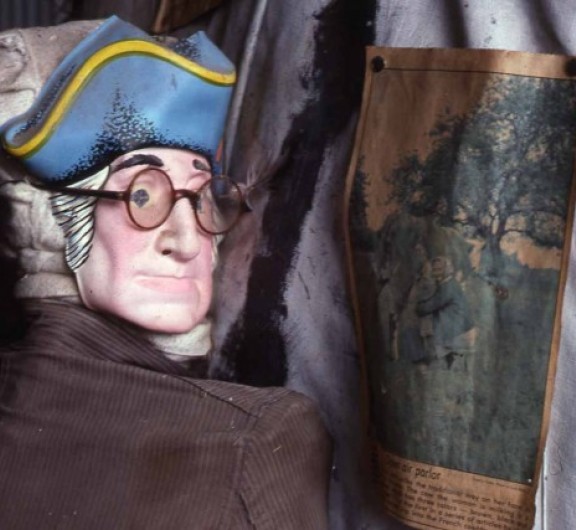 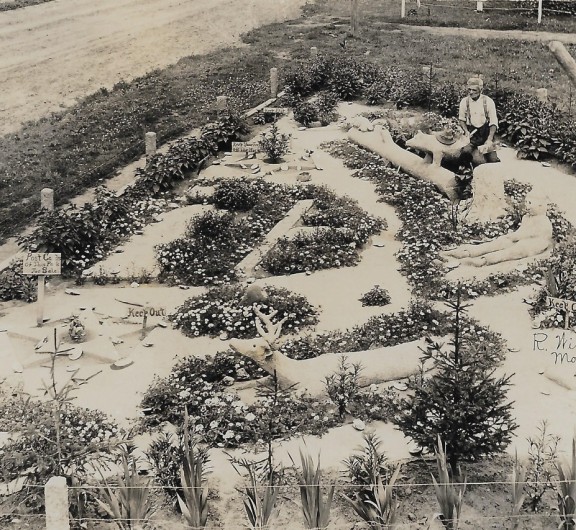 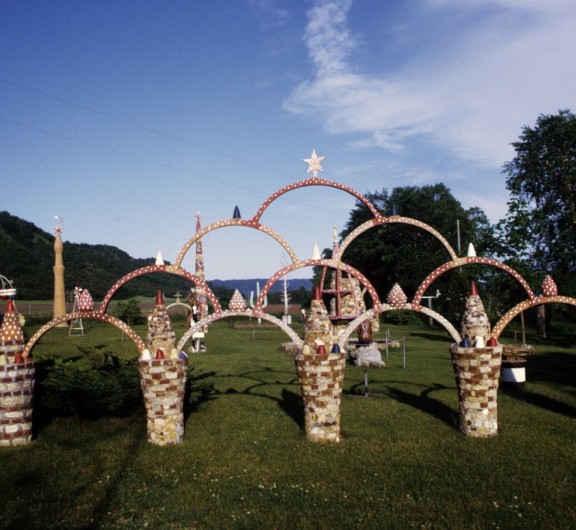