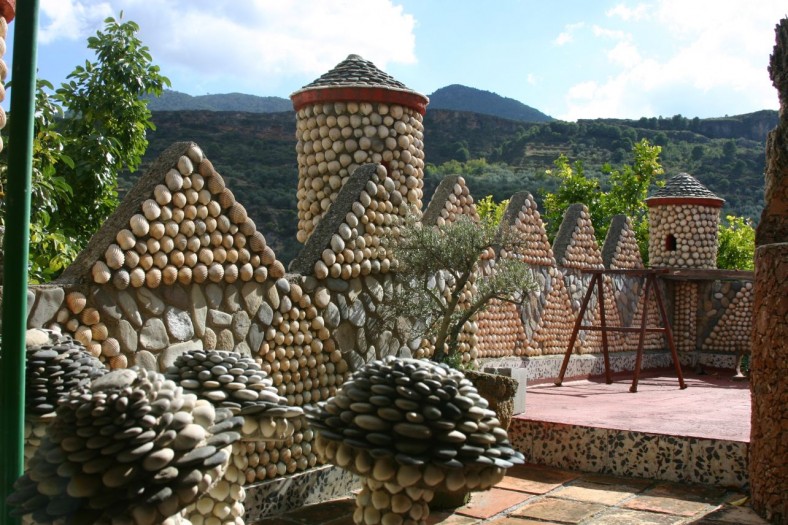 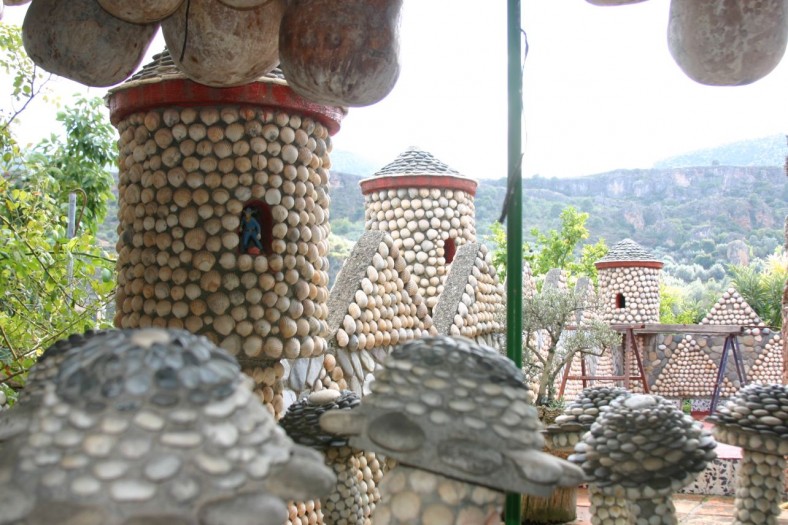 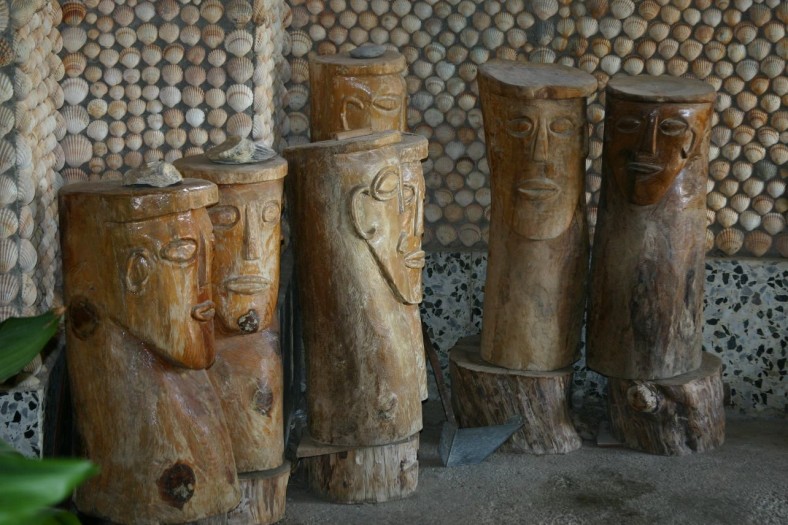 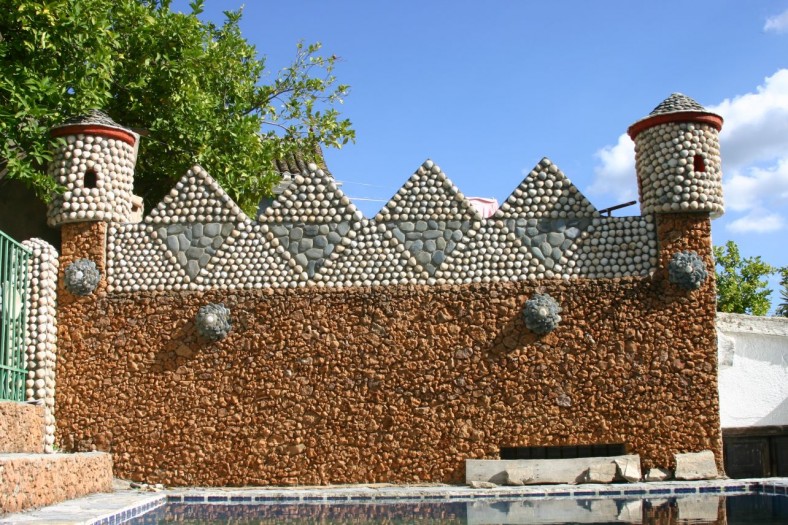 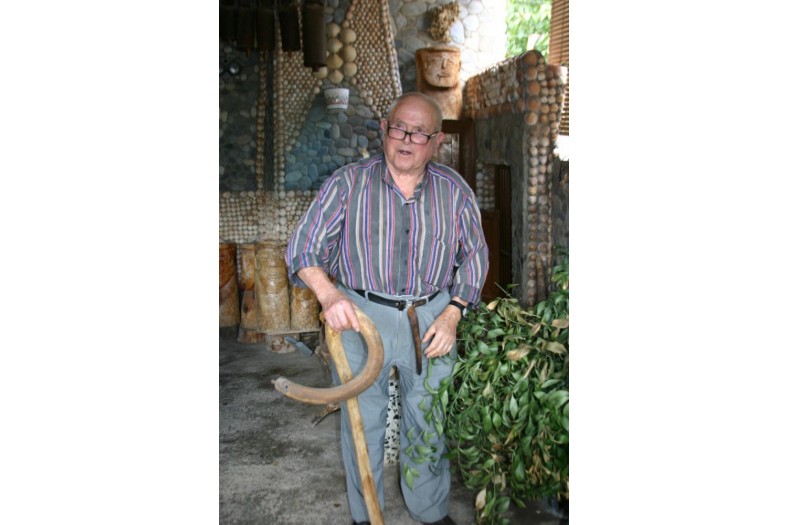 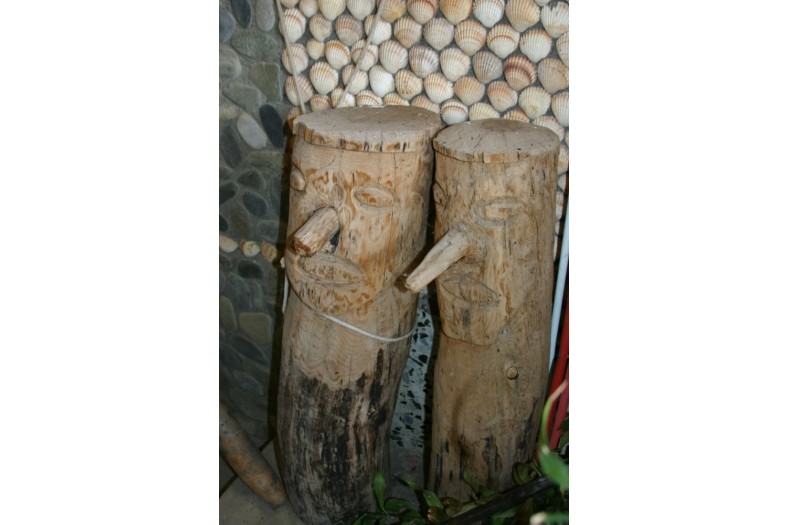 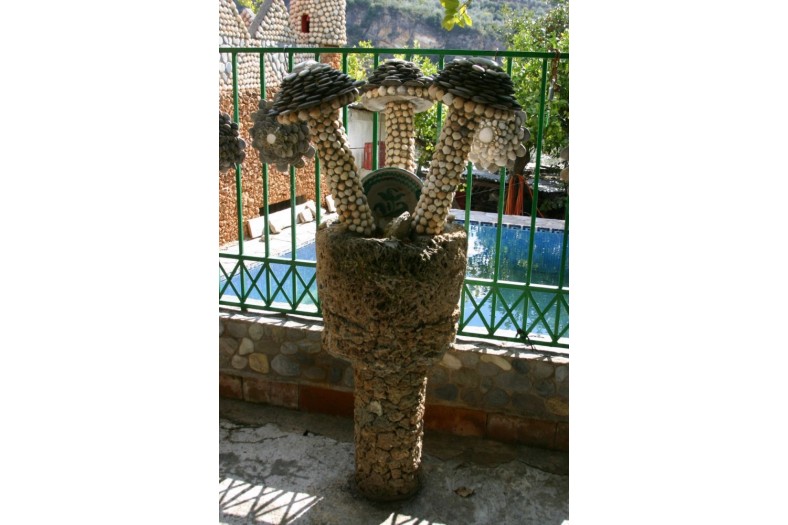 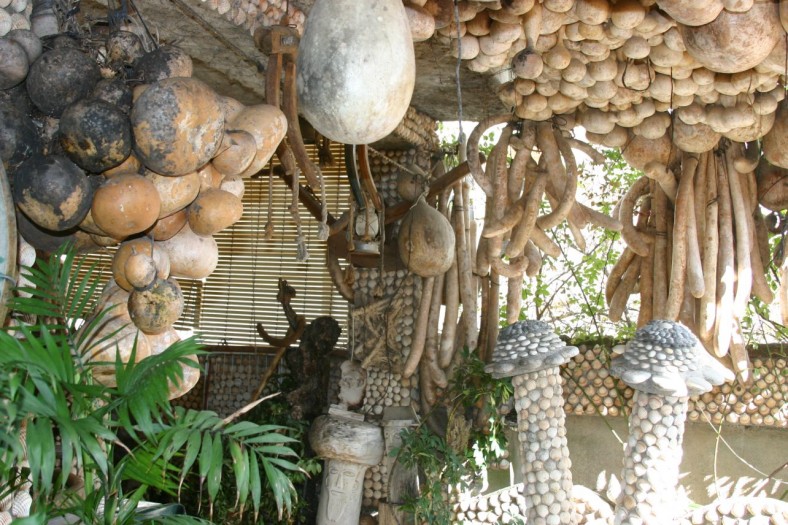 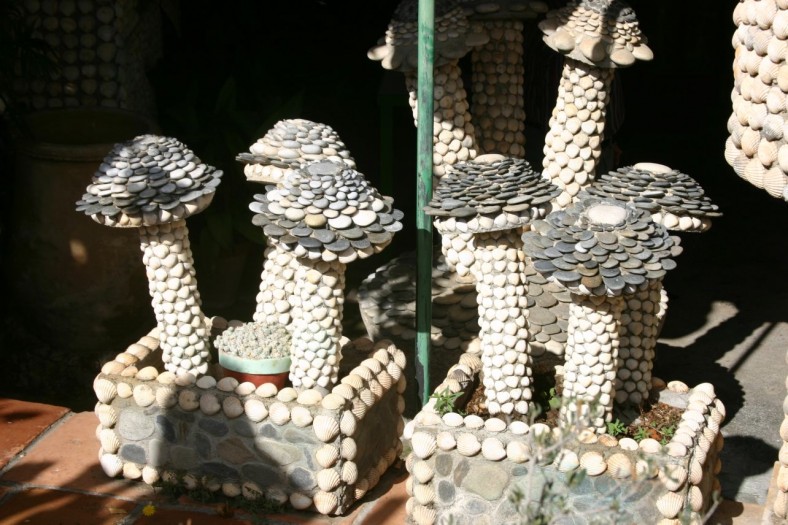 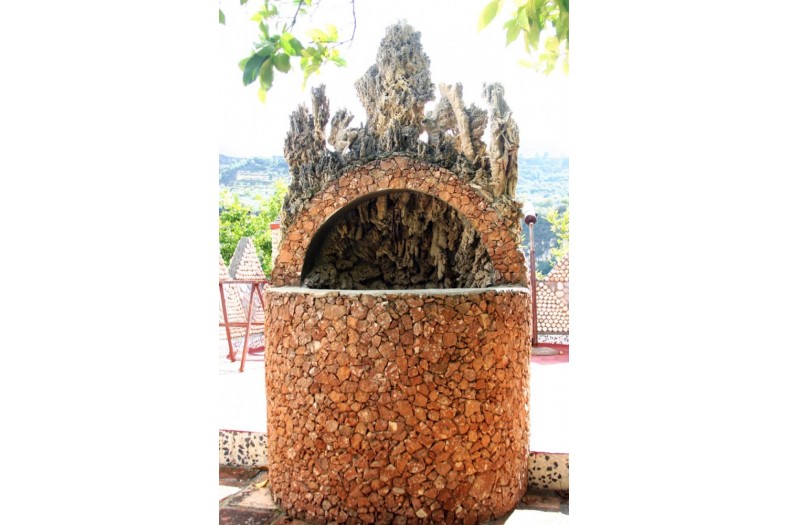 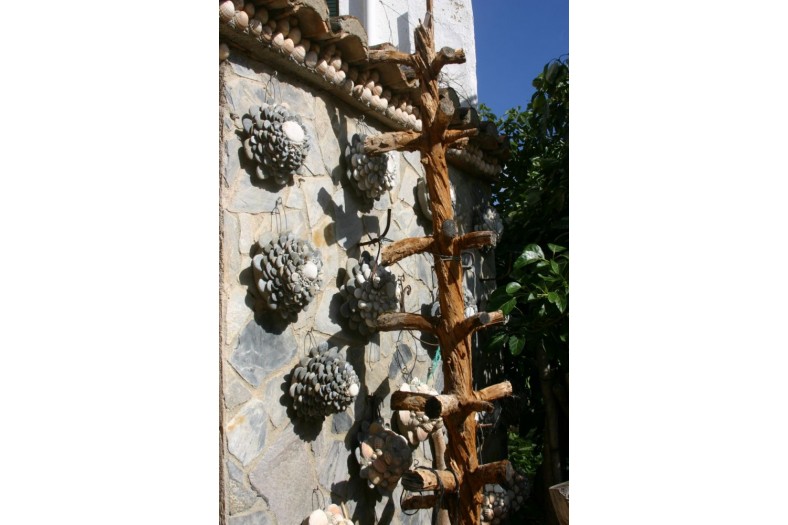 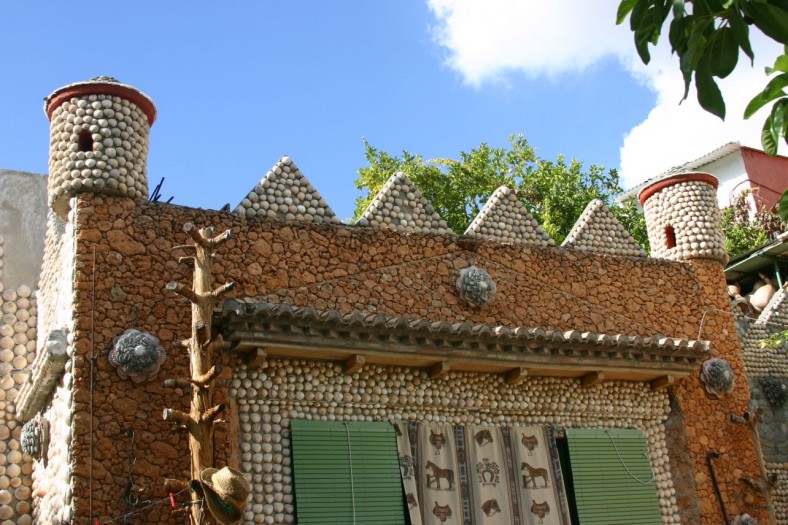 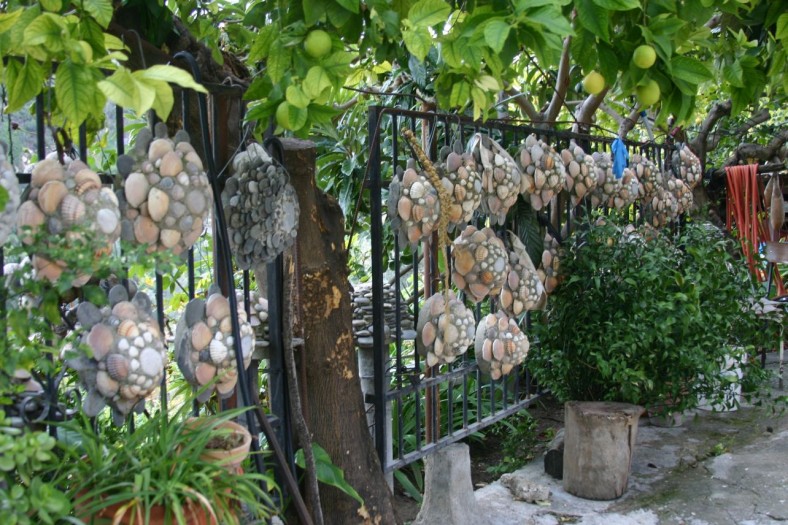 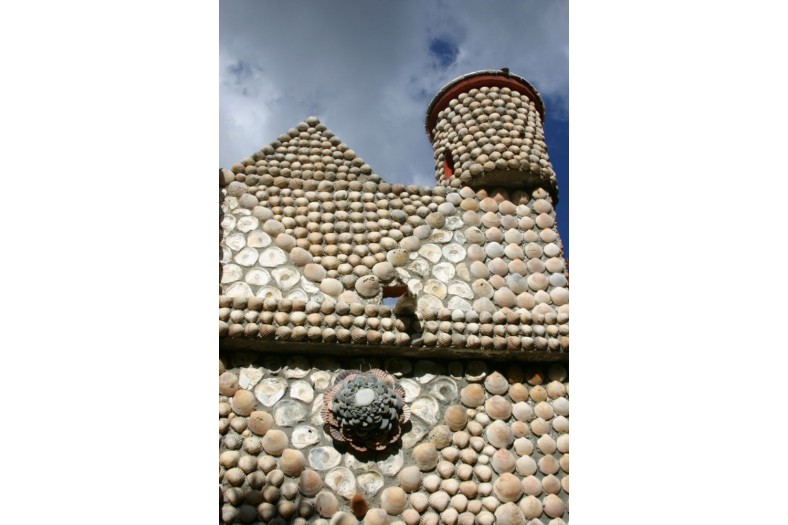 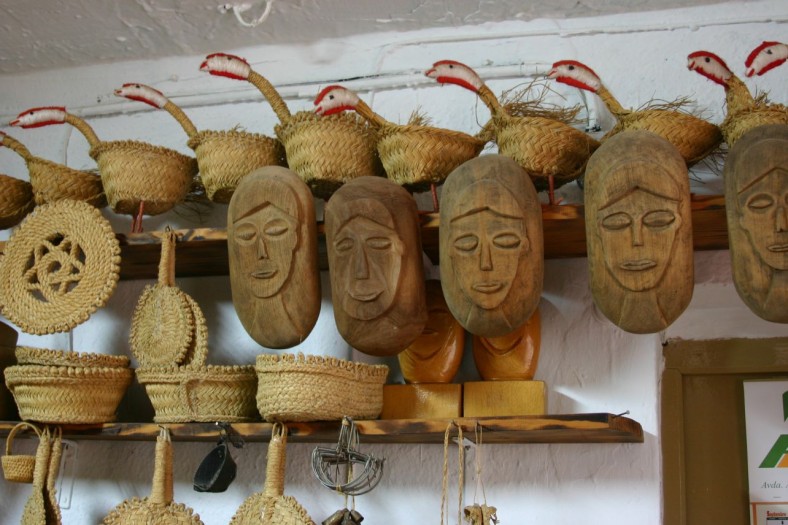 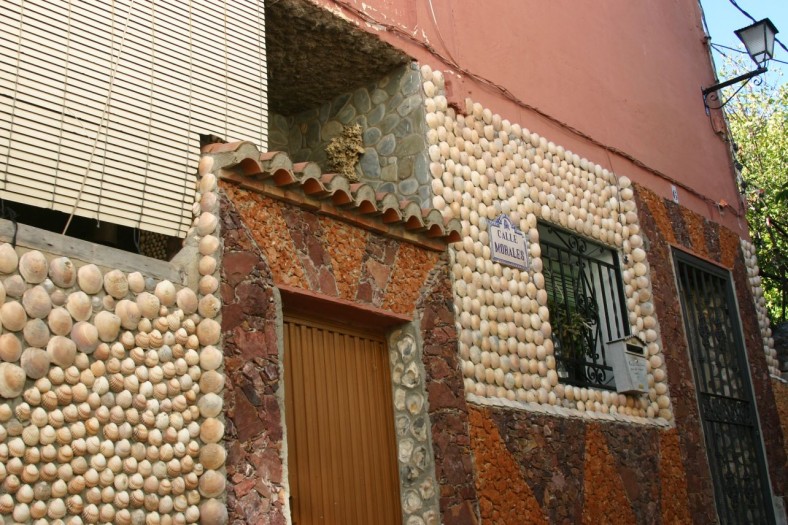 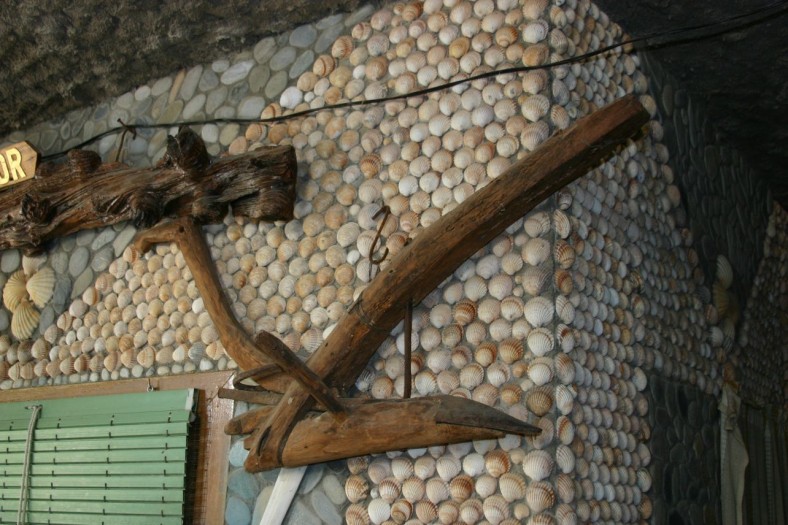 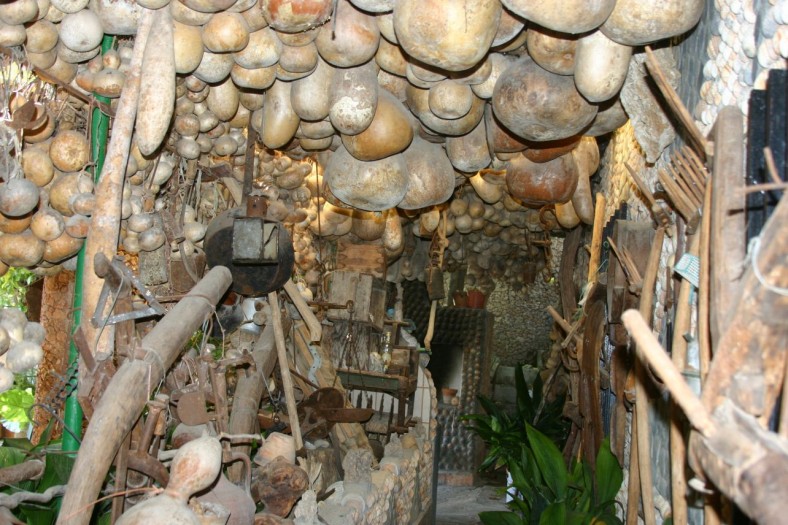 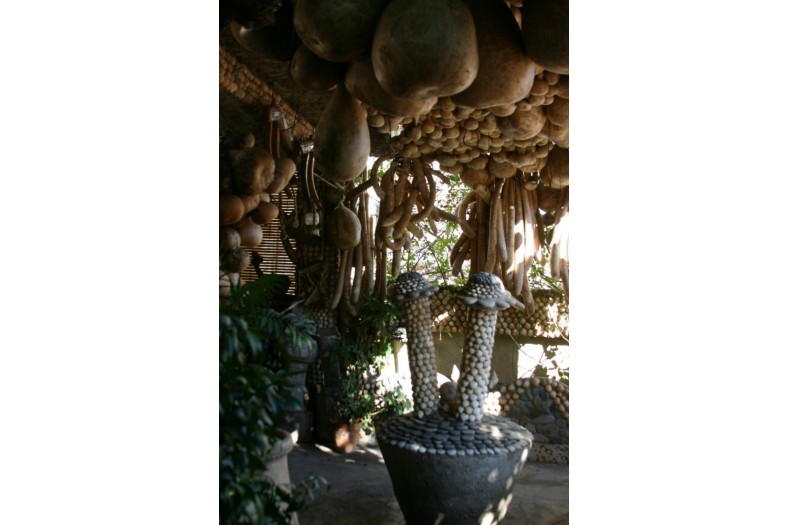 Born in the small village of Albuñuelas, Palma’s birth wasn’t recorded until some 3 ½ weeks after he was born, as the municipal offices weren’t open: the mayor or secretary had to work in the fields and couldn’t make it to the office. His parents, as most others in town, worked in the fields, and young “Paco” soon followed suit; he estimates that his total education amounted to a couple of months. Most of the limited reading and writing he knows was self-taught. Palma married a neighbor girl and they had three children.

But despite his limited formal education, Palma exhibits an extraordinary range of skills: he has built and ornamented his own home (everything but the electricity and plumbing); he gathers herbs for colognes and medicinal remedies, distilling them in his own still; he carves spoons and forks out of wood; he weaves esparto grasses into baskets, sandals, and figures – as well as, with a touch of humor – impossible-to-wear bras and thongs. But most impressively is the art environment he has created in the home that he built himself adjacent to the family home in which he was born and grew up.

When he purchased this property next door there was nothing there, so little by little – sandwiched in between working as a temporary farmworker harvesting the olives in Baeza, the tomatoes in Ejido, and the grapes of southern France, he began to construct the house. He dug up the rocks himself, and saved his money to buy cement whenever he could; he planted fruit and nut trees and put in a garden. In this way, 32 years went by.

From the time Palma finished the house he knew that he didn’t want to spend his time annually whitewashing its façade, so he decided he would go to the beach at Motril, roughly 40 kilometers (24 miles) due south to collect shells. Because huge machines swept the beaches all summer to keep them nice for the tourists (concomitantly removing all of the shells), Palma gathered them during the winter months over a period of eight years. He started ornamenting the façade at the bottom of the walls and worked his way up, although at first his neighbors thought he was crazy. (Although there is more than one shell house in the autonomous community of Andalucía, neither he nor anyone else locally had ever heard of this idea.)

Soon he was filled with new ideas for even more elaborate constructions; one of the most impressive is an arched gazebo (each of the side openings is a different size, however, because Palma doesn’t know how to divide). Sprouting mushroom or flower-like bouquets, carvings of busts and faces out of stone and wood, displays of driftwood sculptures, lamps created out of stalagmites and stalactites that he gathered from local caves, found objects such as a catapult ball from Roman times and fossilized shells, and more than 5,000 gourds – most of which he grew himself – share space with his collection of now-antique farm tools, most of which he used to use himself. Walls with triangular crenellations, corner turrets, planters, a well/cistern with an impressive crown of stalagmites and stalactites, outdoor ovens, two decks, and much more are all covered with layered stones or shells, over two million, by Palma’s estimation.

Palma is gracious and generous with his time, and is happy to give visitors a tour of the property and his work. His property is located at the end of town, and overlooks the Albuñuelas River, here known as the Río Santo. 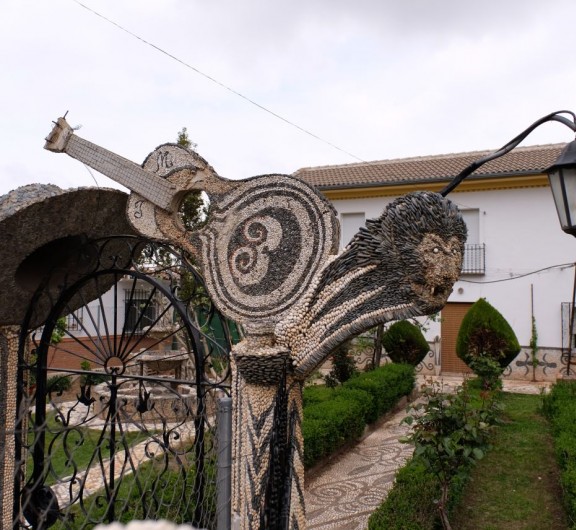 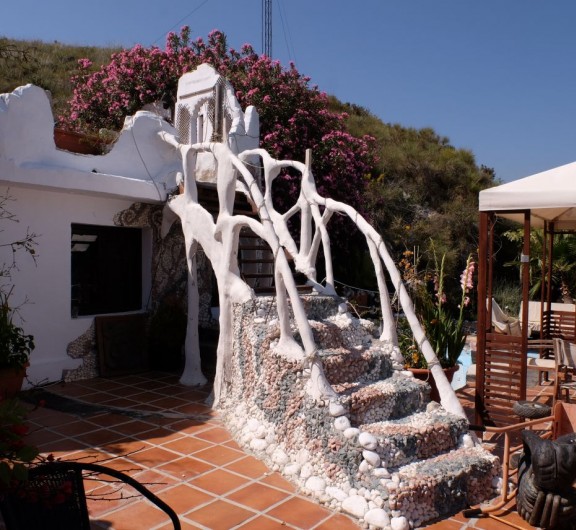 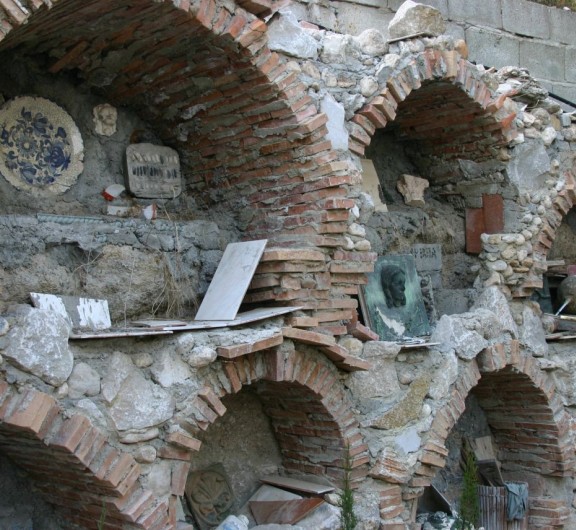 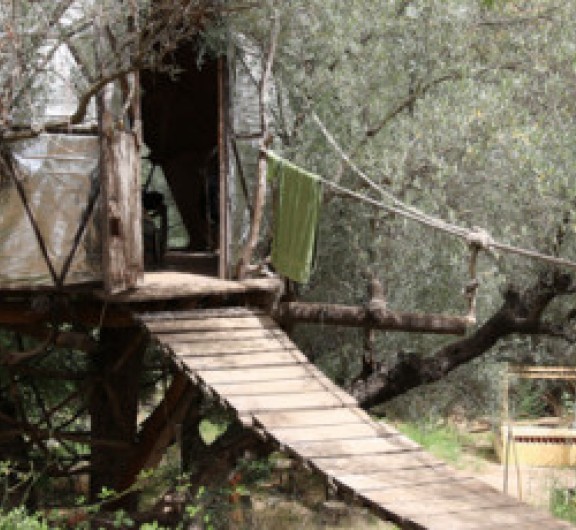 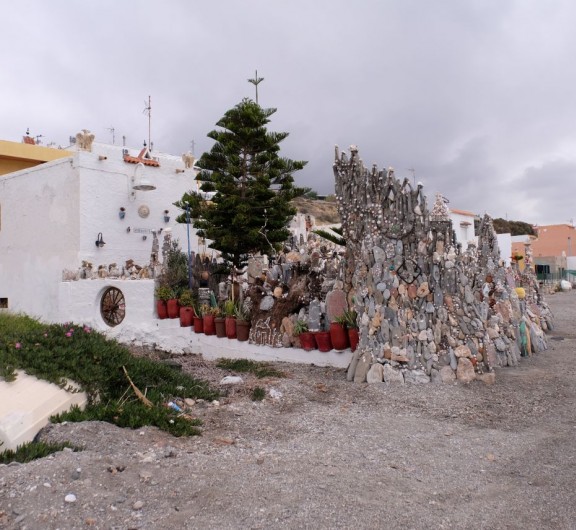 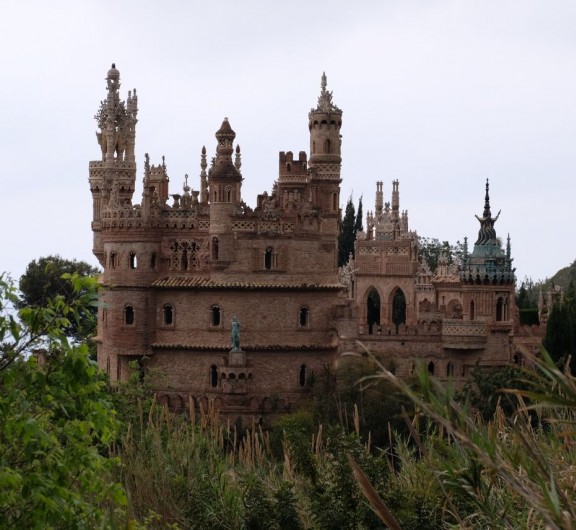