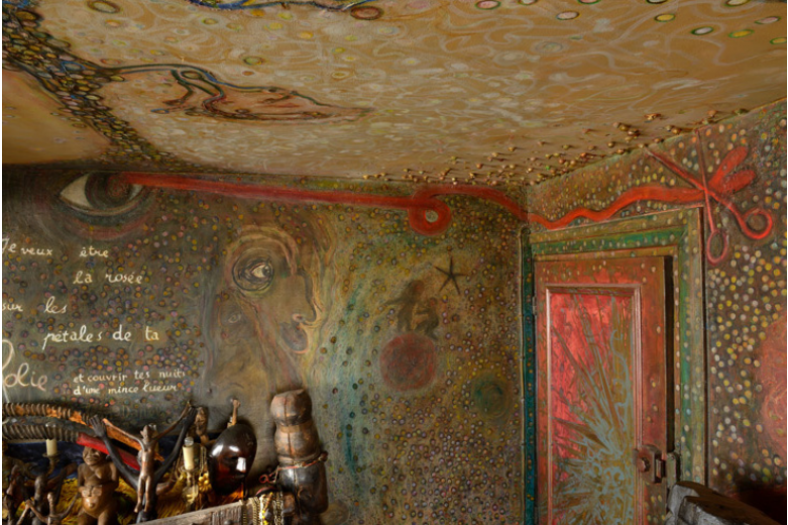 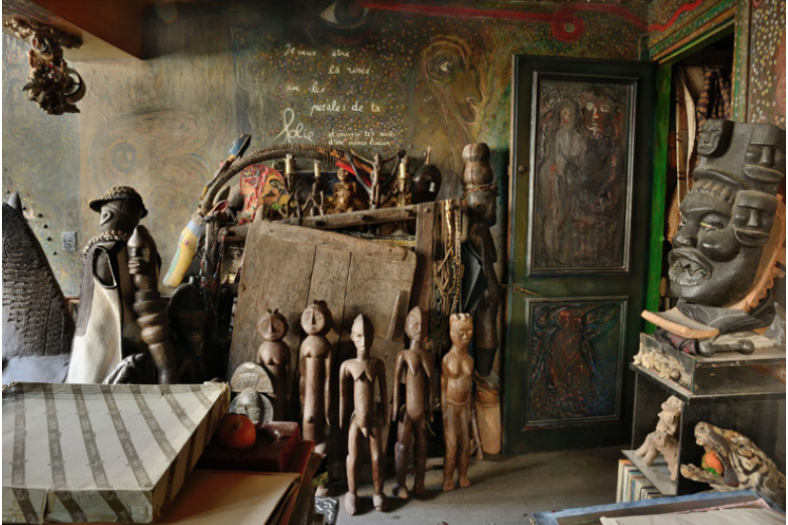 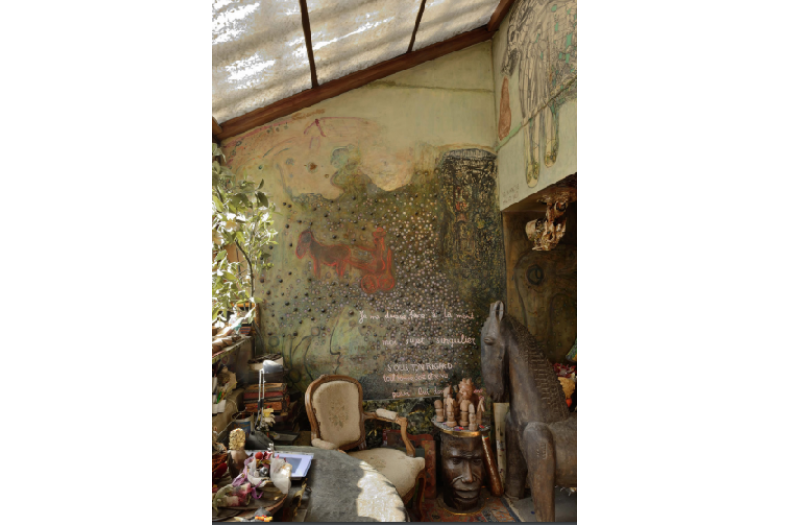 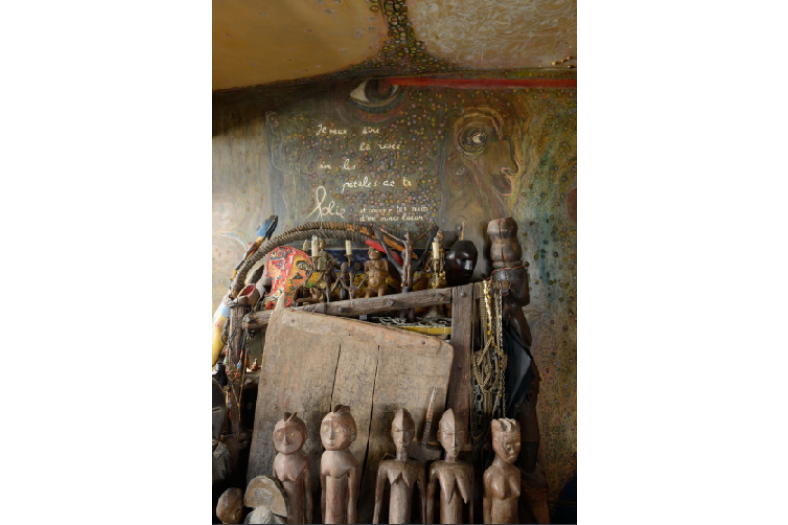 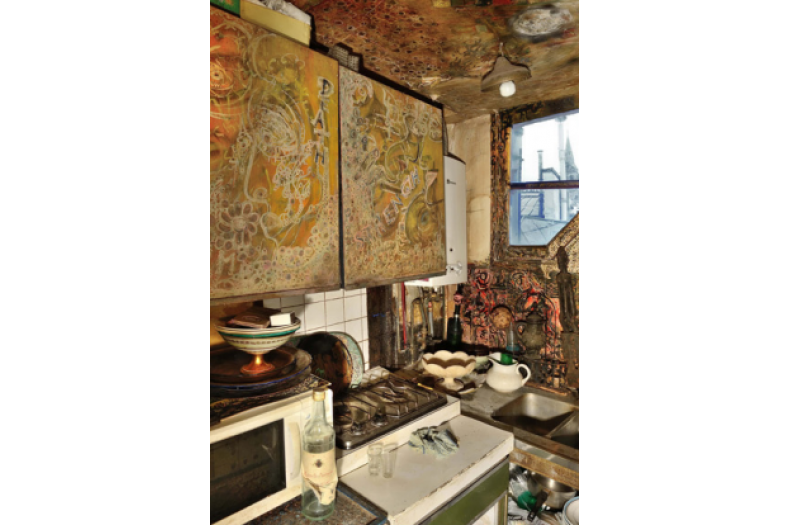 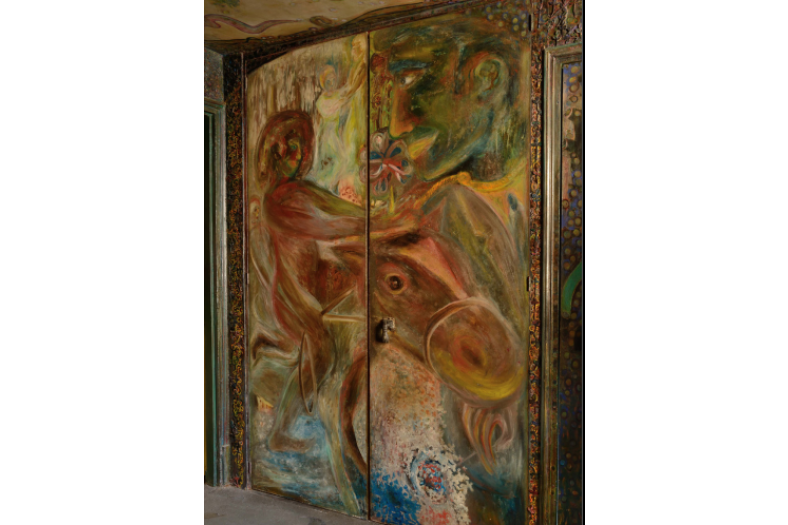 Born in Tunisia, Jean-Daniel Allanche returned to France for his studies, and ultimately became a professor of physics at the Faculty of Sciences Paris 7. In 1975 he bought an apartment on the Rue des Ciseaux, a small street in Paris’s central area of Saint-Germain.

In the late 1970s Allanche began embellishing his apartment with his paintings: after working for years, ultimately all available surfaces, including the ceilings, floors, cabinet doors, and step treads, along with the walls, were covered with polychrome works featuring whimsical motifs. Often these would be abstractions – in particular, dots or small circles – while in others there are vaguely represented people and animals. There are also occasional texts interspersed with the visuals, offering Allanche’s personal views, and on one of the doors he has painted his surname. The majority of the paintings, however, appear to have a more targeted decorative function; this is in line with a notation in one of his vast collection of notebooks, where he wrote that he believed he had managed to reveal the intimate relationship between musical harmony and colors. Others of his notebooks included additional texts and aphorisms, but also hundreds of pages with sequences of numbers, referencing Allanche’s passion for gambling and his efforts, as a professor of physics, to model disorder.

From 1989 to 1995 Allanche spent time in the Congo and Burkina Faso, teaching in the local colleges. During that time he collected many examples of local sculpture, which he brought back to Paris and added to the decorations in his apartment.

Allanche’s legacy includes a number of gouaches and oil paintings that manifest the same style as the wall paintings. These primarily date from the late 1970s and may have been designs or tests for some of the elements he later painted on his apartment walls.

Although Allanche’s artistic activity must have played an important role in his life, he was not very talkative about it, so his decorated apartment remained largely unknown. After Allanche died in Paris in August 2015, his heirs decided that they would retain it as a private apartment. Removable frescoed elements such as the doors have been preserved and the remainder of the apartment has been basically restored to its original state. 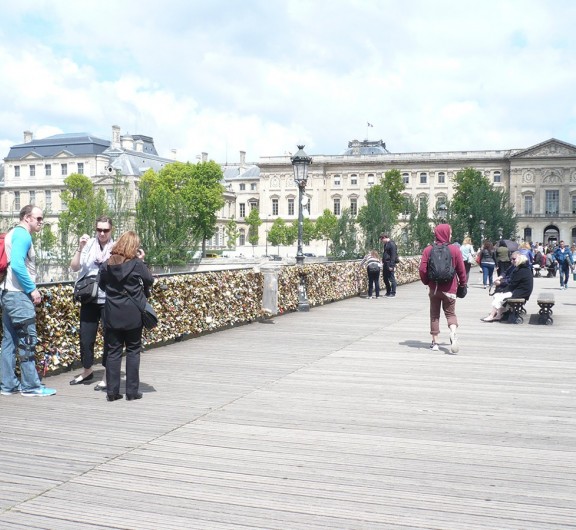 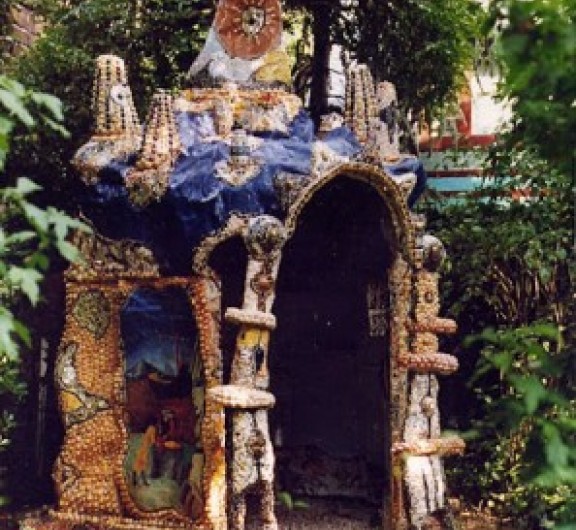 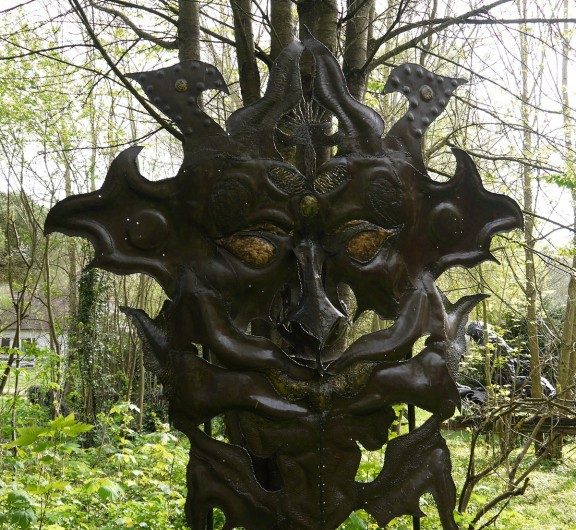 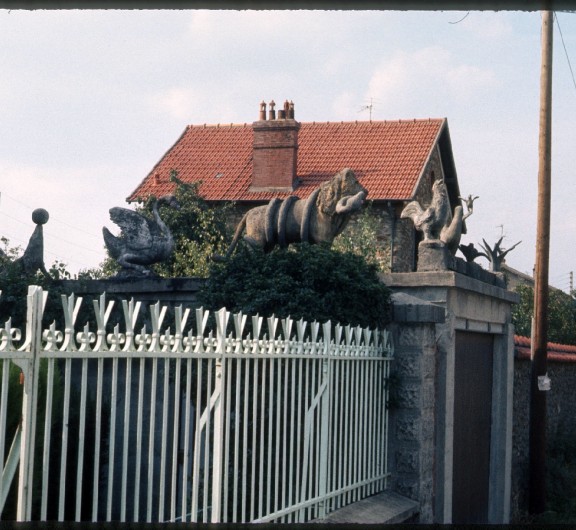