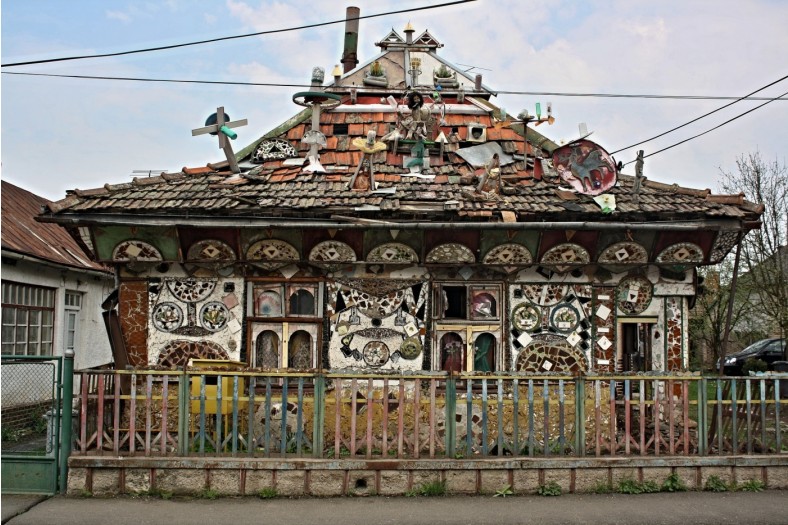 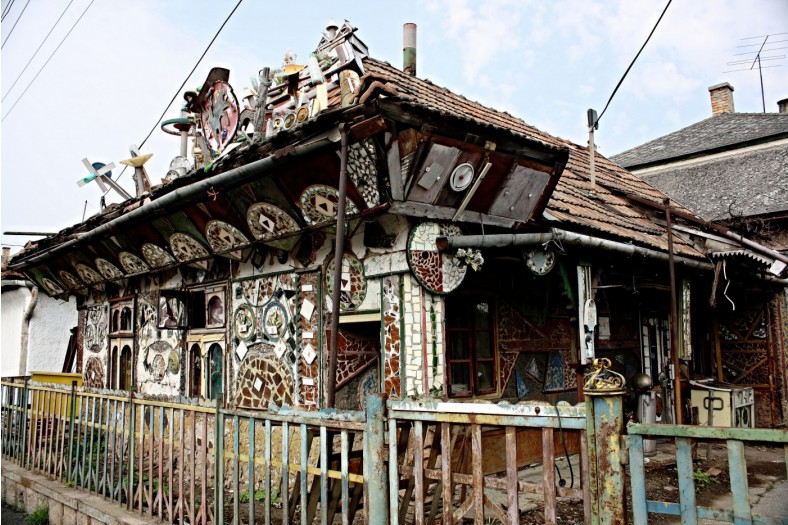 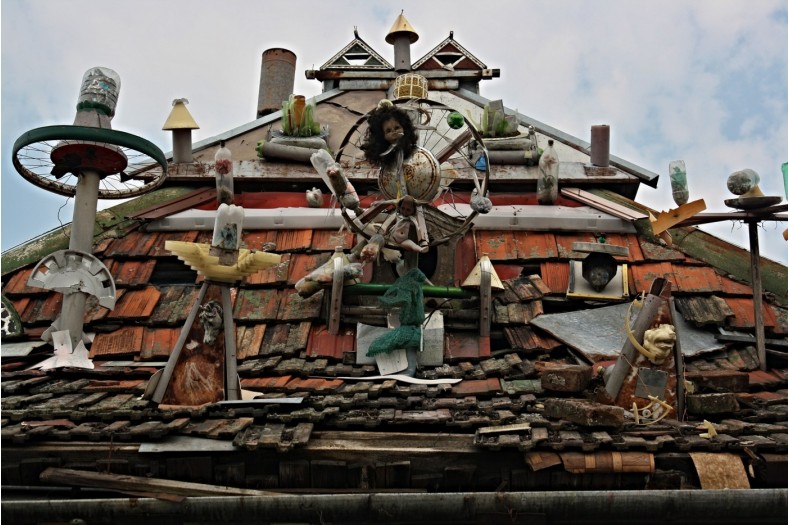 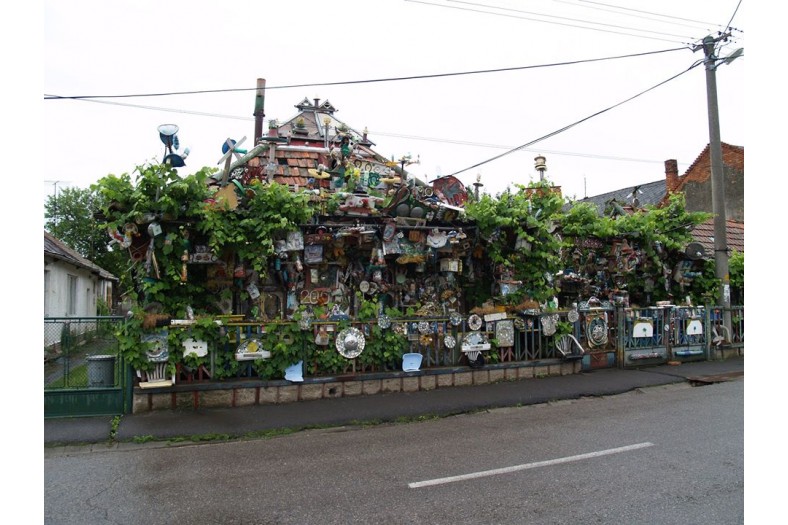 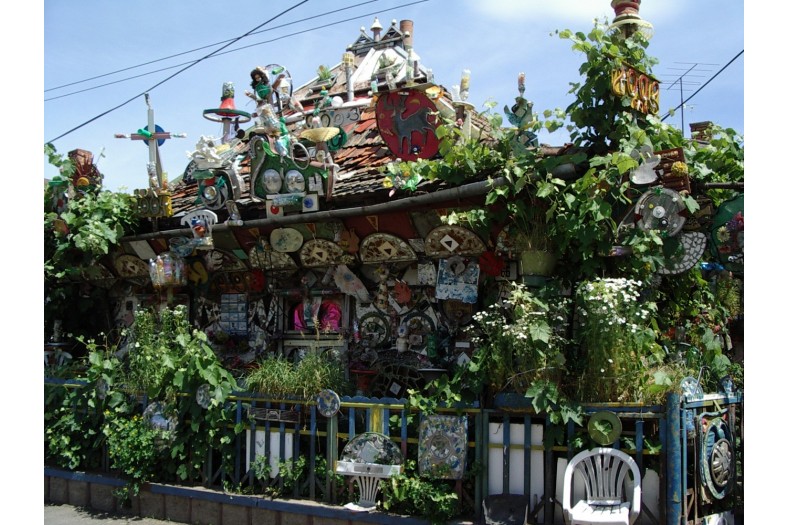 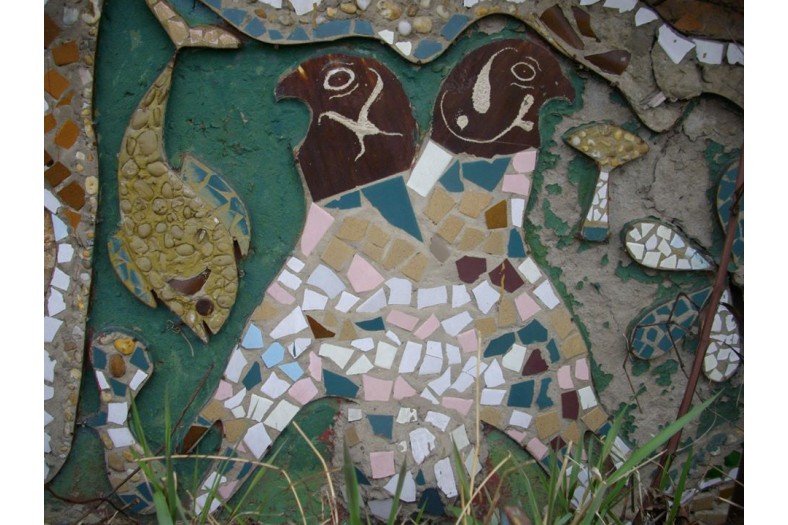 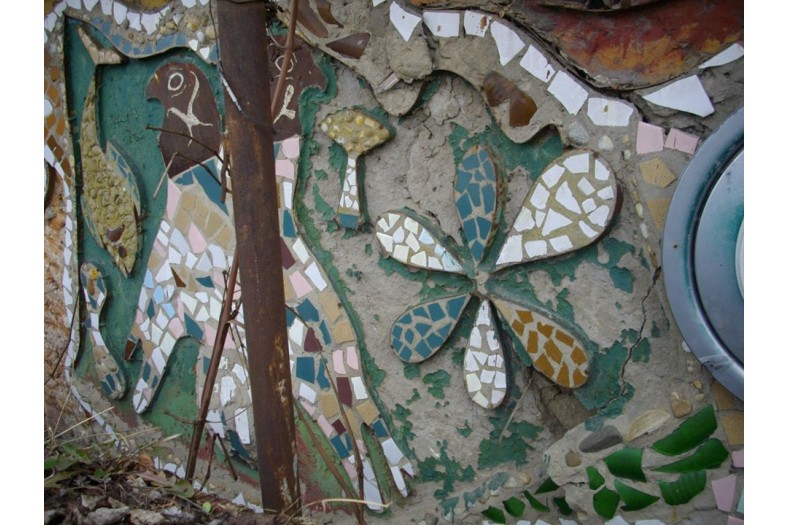 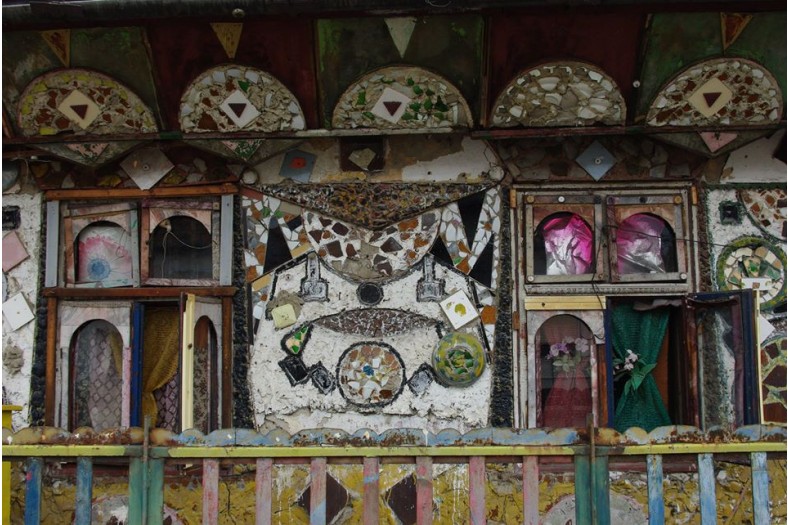 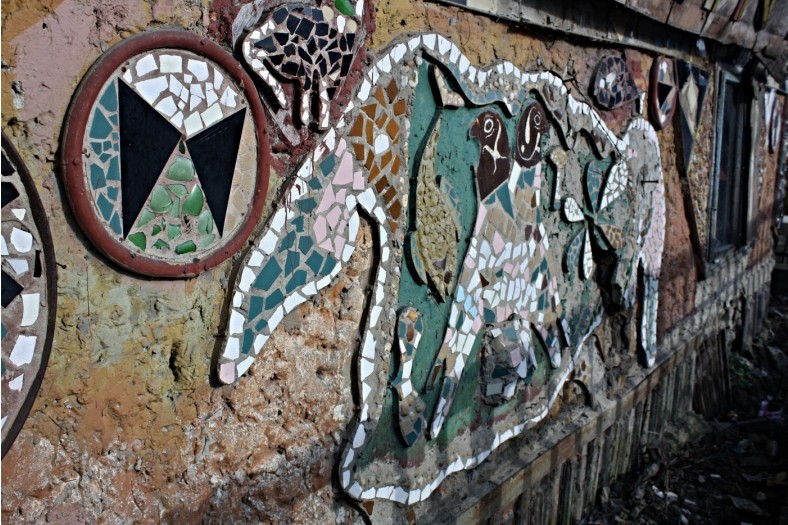 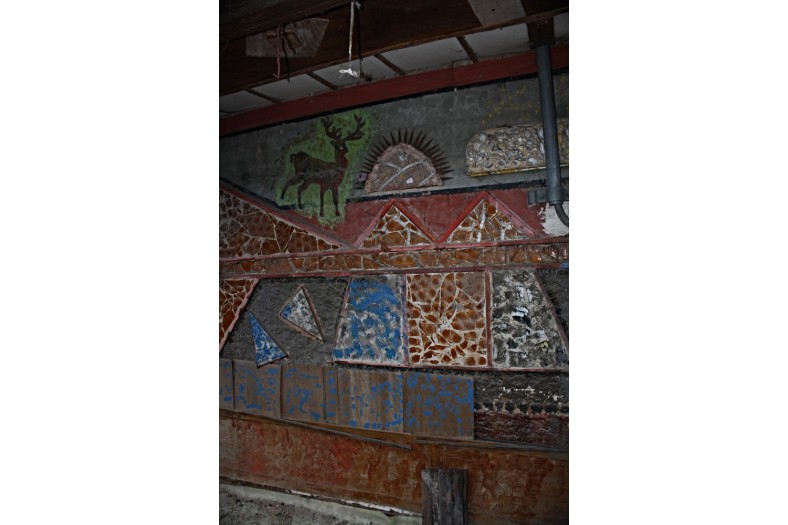 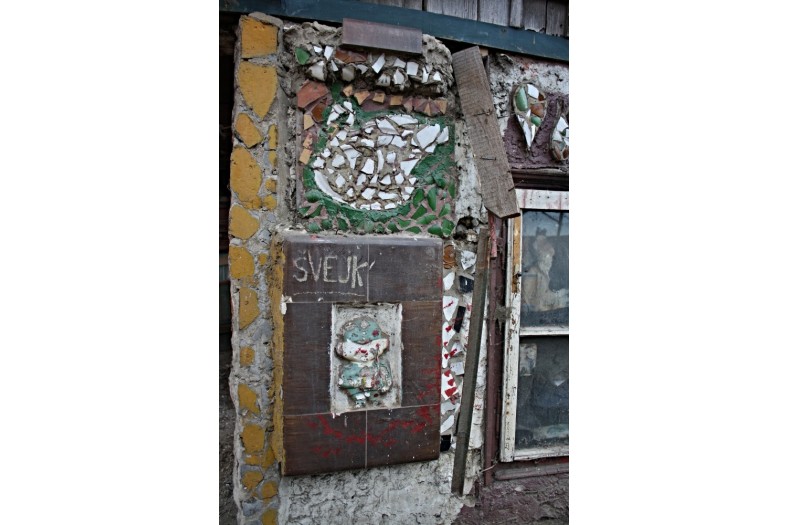 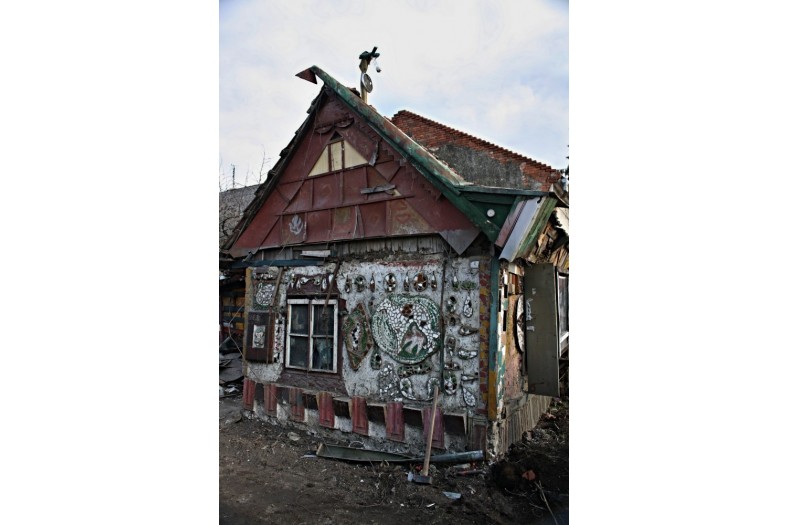 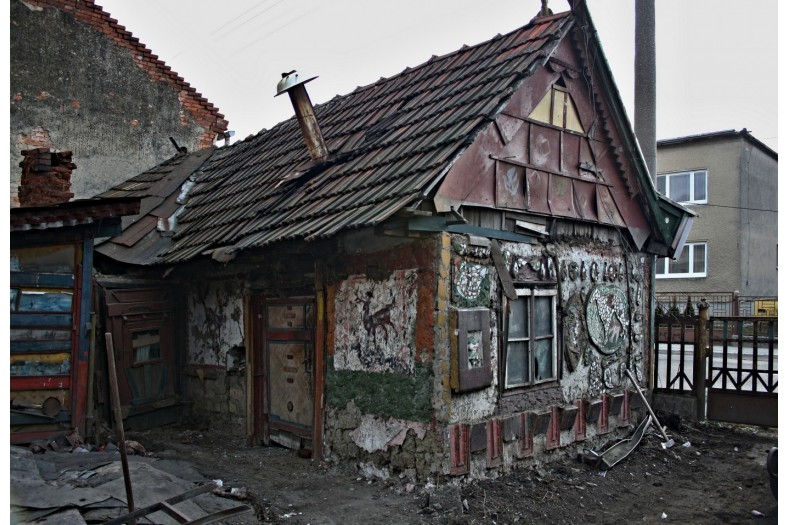 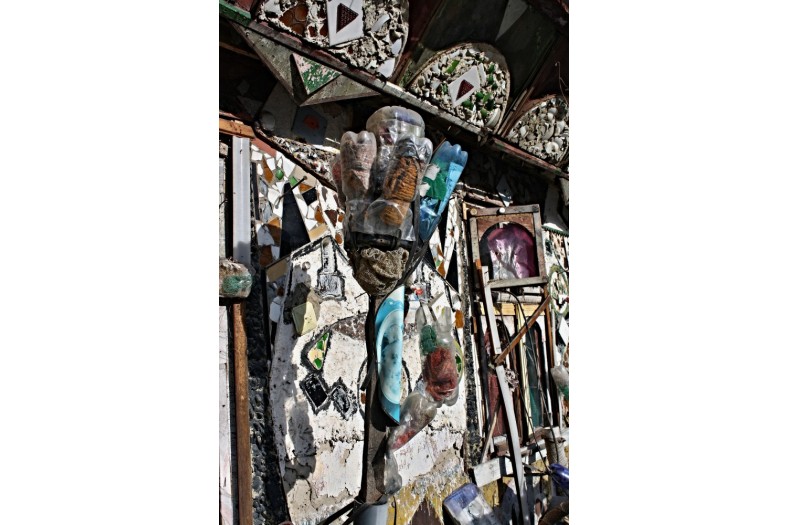 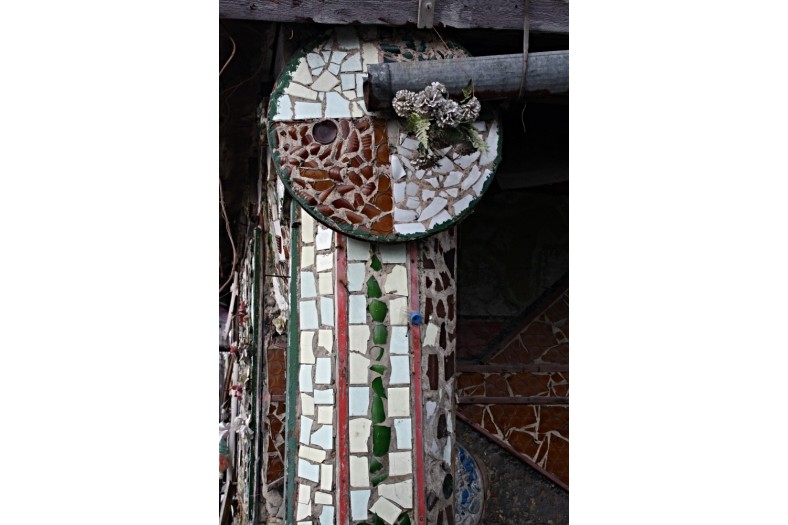 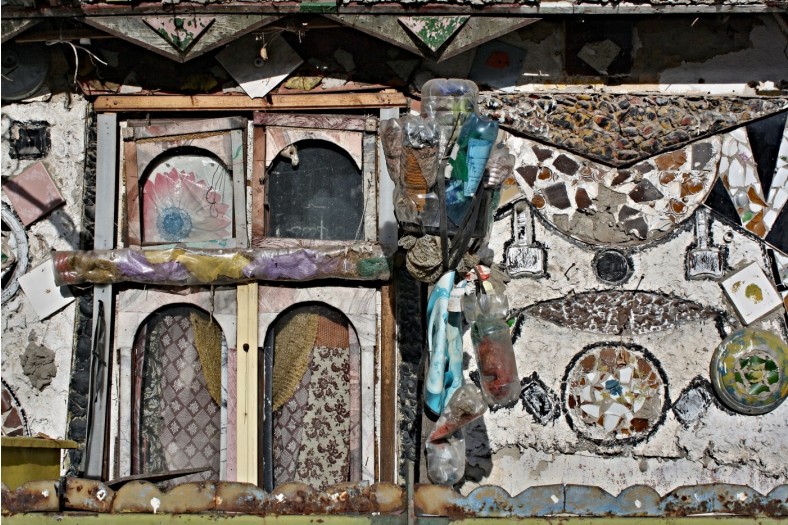 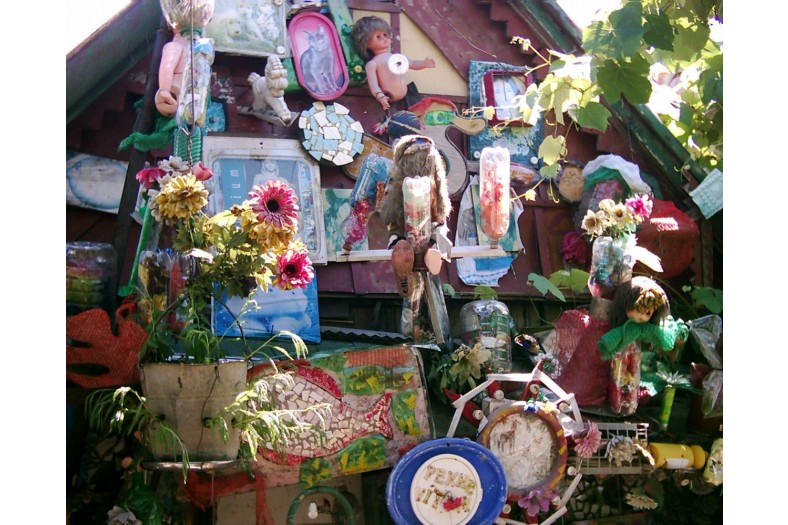 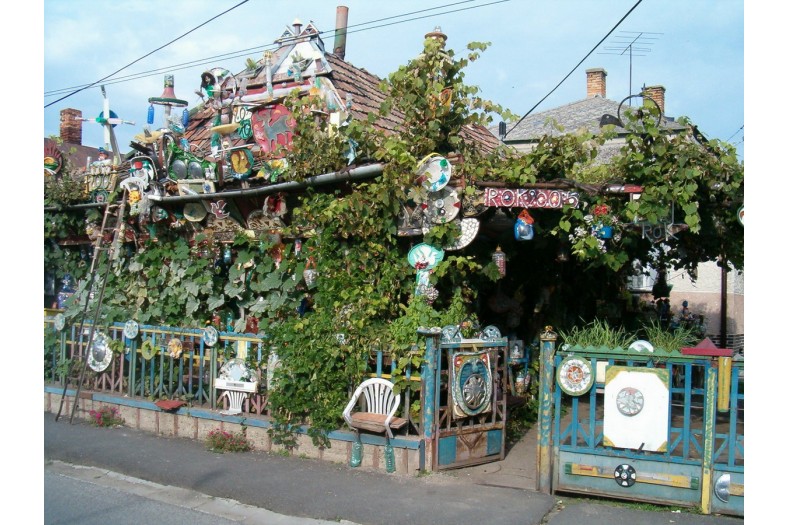 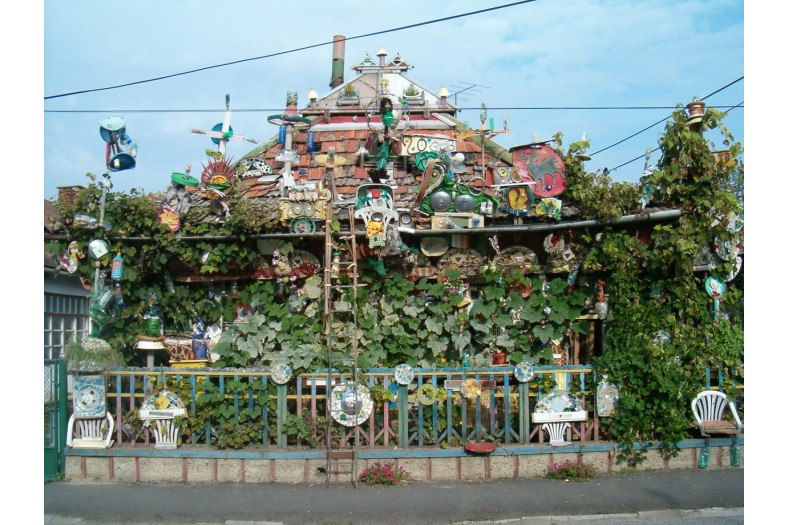 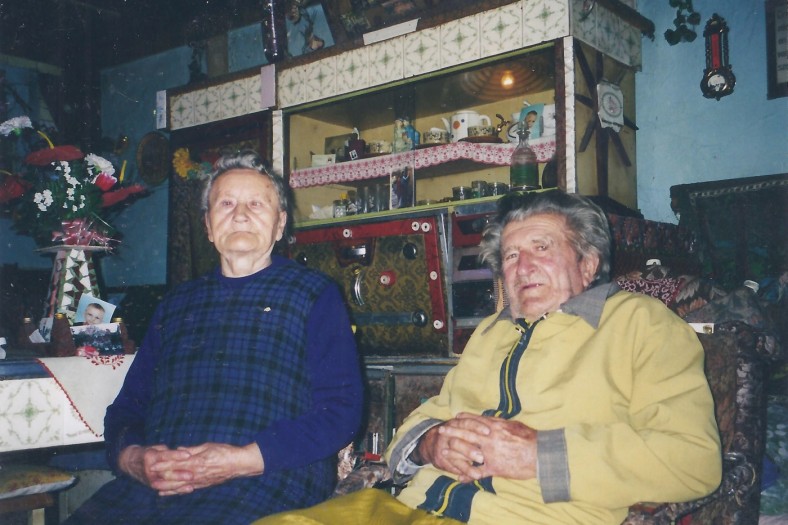 József Balogh (1920–2009) was the cobbler of a small village in present day Eastern Slovakia called Pribeník. In 1941, he was enlisted to the Hungarian Army to fight in World War II. Soon after, he was captured and became a prisoner of war in the Soviet Union, where he remained until the end of the war. When he returned to Pribeník, he got married and picked up his profession, which he continued to practise until the end of his life. He used to say that because living conditions were far from ideal in the POW camp, he began to increasingly long for a nice house of his own instead of the ugly barracks. Balogh had probably also seen brightly decorated peasant houses in the Soviet Union as they are very characteristic of the region.

He began decorating his own house sometime in the 1970s – to “make poetry out of it,” as he used to say. And he did just that. He would roam the surrounding area on one of his heavily modified bikes for nearly 40 years, collecting all kinds of things others threw out. He was fascinated by the idea that he could find something he’d never even considered before and then magically make something valuable out of it.

He would then compose his ready-made and assemblage works from this junk. Mutilated dolls were attached to thrown out bicycle wheels – looking like some strange Eastern European dreamcatchers. Plastic flasks were cut in half and filled with plastic flowers, pinwheels, everything brightly coloured. He reinvented the random objects, placed them in relation to each other, and gave value to the worthless. And he never stopped. He did not think that it could be finished. “It will just come to an end one day through death,” he used to say.

He also made many mosaics from smashed pottery, porcelain waste, and junk glass, telling untold fairy tales on the walls of the house about two-headed monsters with flowers, birds, mushrooms and fish in their belly; a pair of fishes in love, longing for each other; ancient looking bucks and dogs; a lot of flowers and much more.

He was a beloved and respected eccentric in the surrounding area. He passed away in 2009, but his work was demolished before that – around 2007 or 2008. It was in bad shape by then; without substantial restoration work, it would have probably collapsed upon itself.

For more information on this site, see Fülöp's article "The Humble Poet: A Local Cobbler's Folk Art." Fülöp also organized an exhibition about the site in early 2020. 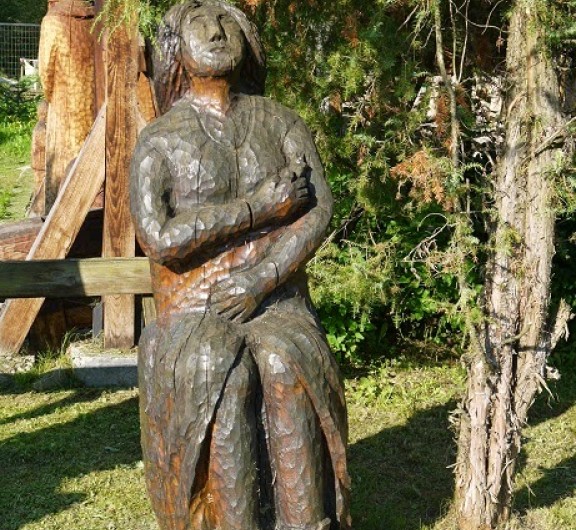 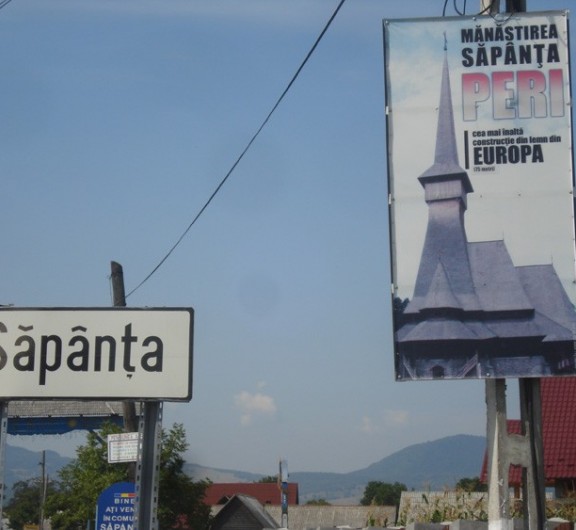 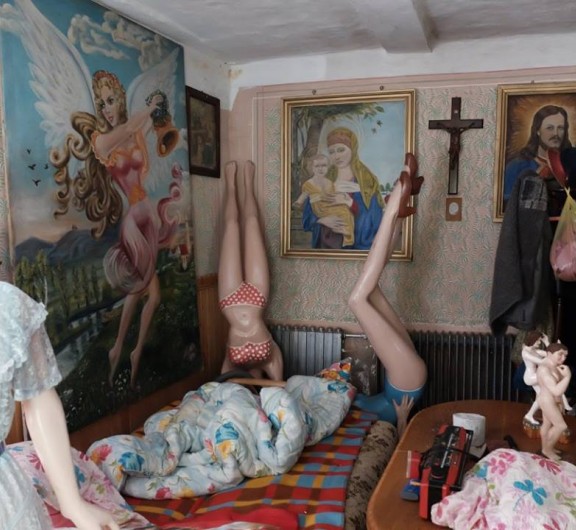 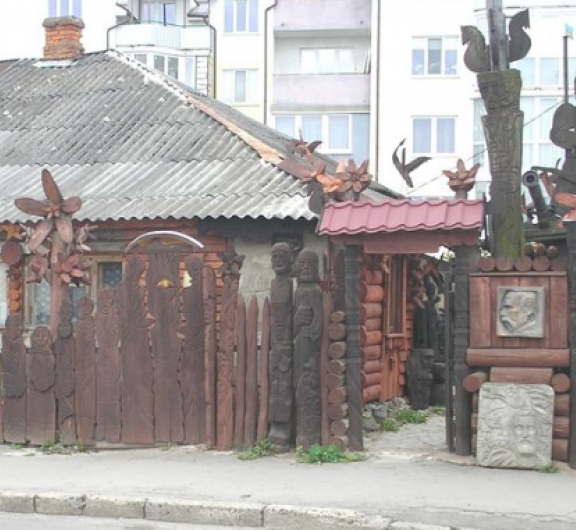 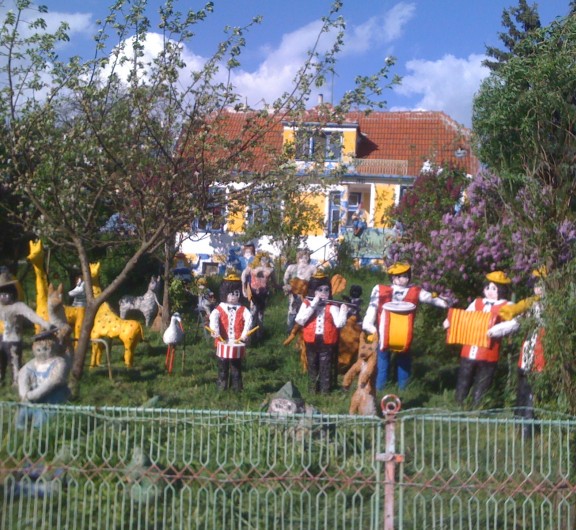