Lineri began his “research” in 1964, as he was interested in prehistory and collecting flints found in the gravel beds of local rivers, so he dedicated his time off work as an attendant and nurse in the local hospital to the diligent exploration of part of the Adige river bed. He acknowledged certain recurring forms that he collected – in which he saw sheep, fish, and phalluses, for example – as the artistic antecedents of ancient peoples who would have left this formal visual alphabet in the river, instead of conceding that the forms were a result of natural erosion.

He has devoted himself entirely to this project since 1985: collecting stones, cataloguing shapes, and laying them all out on vertical wooden panels that cover the entire surface of a two-story building in front of his house. Some of the rocks are displayed in pyramidal shapes; the overall impression that his collections give is spectacular.

Despite Lineri’s constant work, the site needs major maintenance to preserve its stability for the long term. 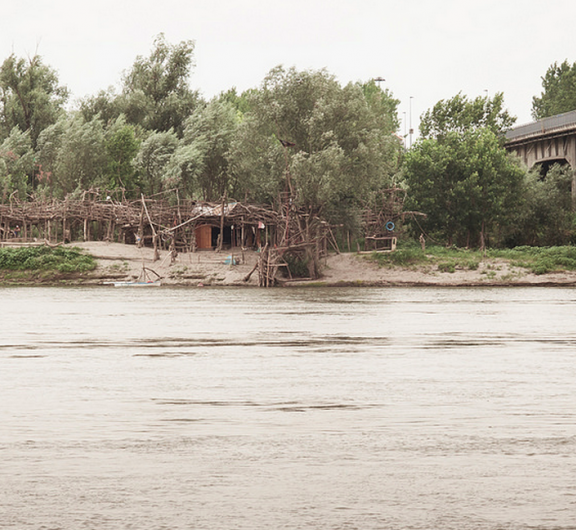 Re del Po (King of the River) 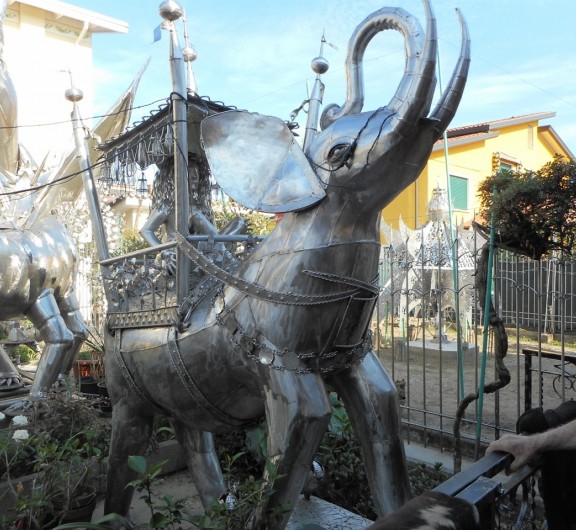