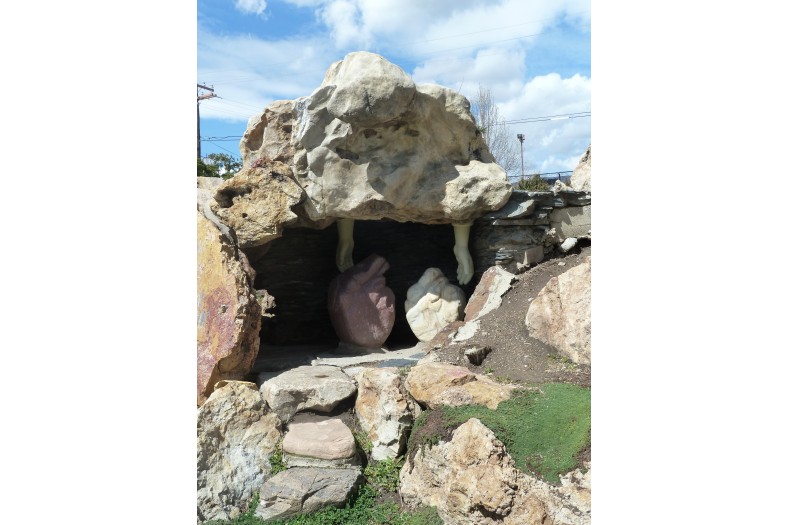 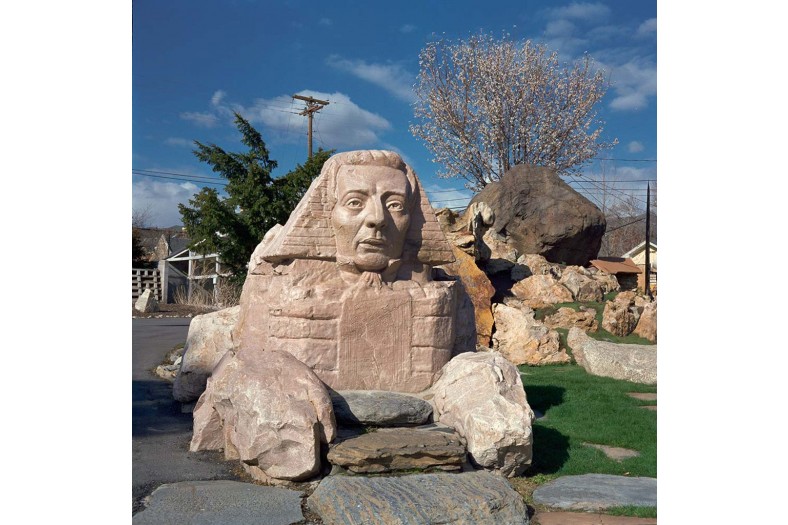 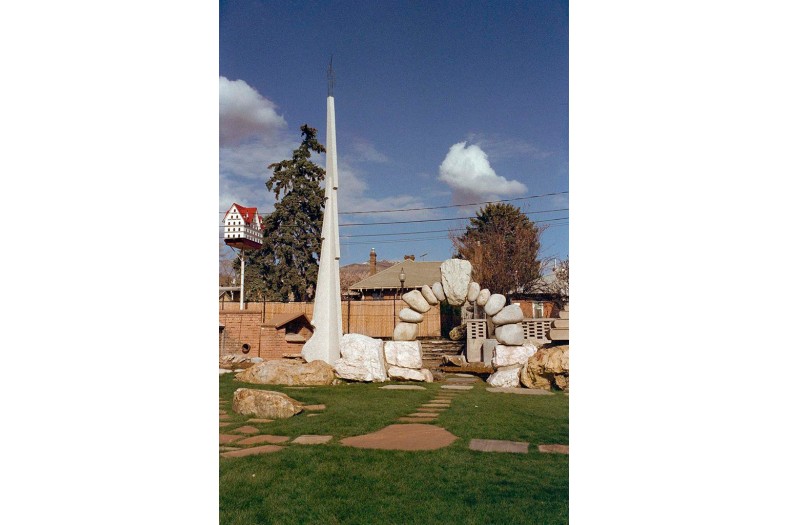 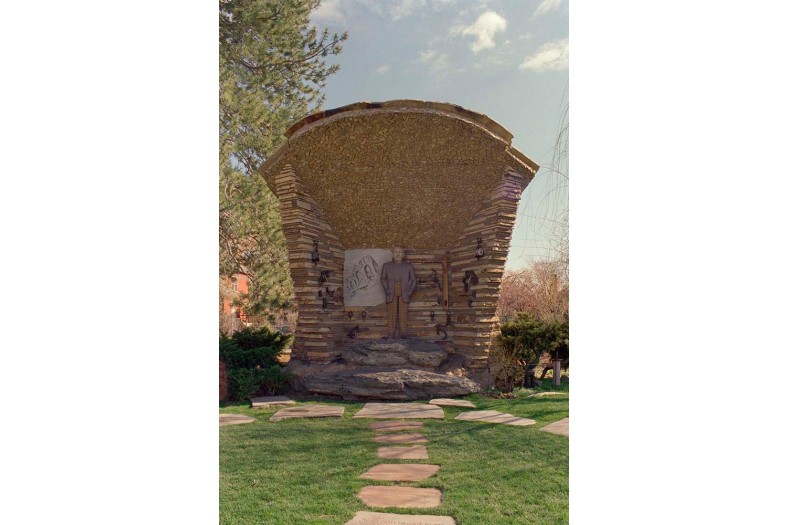 Nestled between houses on a residential street about a mile from downtown Salt Lake City lies Gilgal Sculpture Garden, a curious half-acre park dotted with large sculptures and inscribed stones. The garden was the vision of Thomas Battersby Child, Jr. (1888-1963), who had worked as a stonemason, a contractor and as a bishop for the Church of the Latter Day Saints. In 1947, after retiring from his role in the church, Child began building the garden, with the assistance of his son-in-law Bryant Higgs and sculptor Maurice Edmund Brooks.

Child derived the name Gilgal, meaning “stone circle,” from the name of various places found in the Old Testament. He and his assistants fashioned the sculptures and engravings using cement and boulders cut with chisels, jackhammers and an oxyacetylene torch. The clean cuts of the torch give the pieces a polished, refined look.

The various figures serve as a testament to Child’s life and to his church. These include a sculpture of himself surrounded by traditional masonry tools, various scenes from the Old Testament and Book of Mormon, and a shrine to his wife. The most photographed sculpture in the garden is a 25-ton Egyptian sphinx with the head of Joseph Smith, the founder of the LDS Church.  Also rather randomly located throughout the site are seventy or more stone slabs engraved with biblical verses and philosophical teachings.

Child worked on the park for almost twenty years until he passed away in 1963. Over the next several decades, the garden fell into relative obscurity. The site began to take on new names, and was most commonly known as the Secret Garden to the few who actually knew it was there. Teenagers who would sneak in at night, however, christened their hangout Stoner Park. Neglect and delinquency were taking such a toll on the garden by the mi-1990s that the family who owned the property began looking for buyers. A group of admirers formed the Friends of Gilgal Garden in order to purchase and preserve the site and prevent the sale to a group who wanted to convert the property into condominiums. In 2000,  the Friends, partnering with the City of Salt Lake, the LDS Church, and other preservation groups were able to purchase the property and begin the restoration process. Currently Gilgal Garden is a City Park, managed by the Friends with conservation support from the Utah Master Gardeners. Child’s garden is no longer a secret and is now open daily to the publicfree of charge. 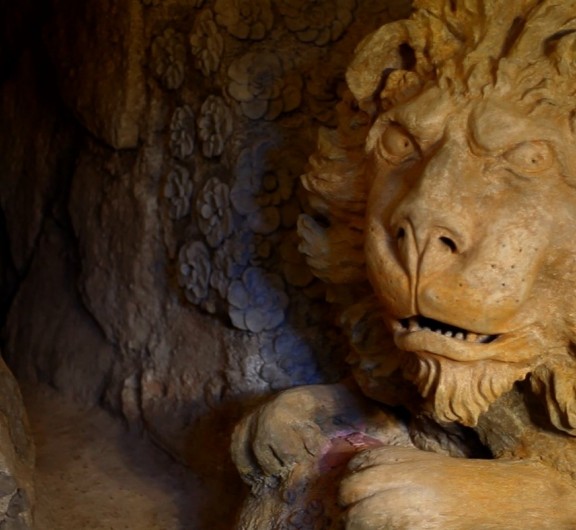 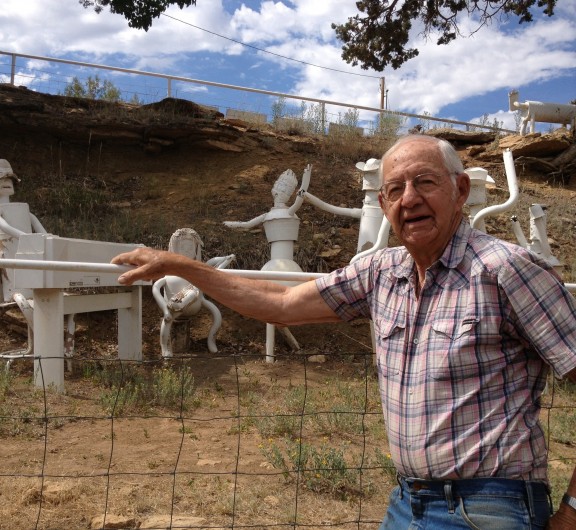 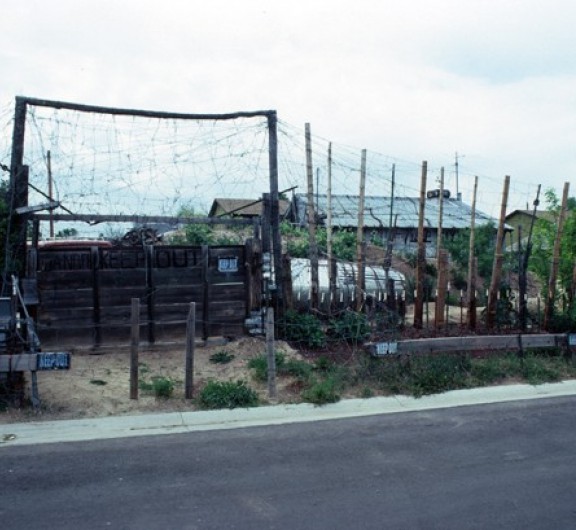 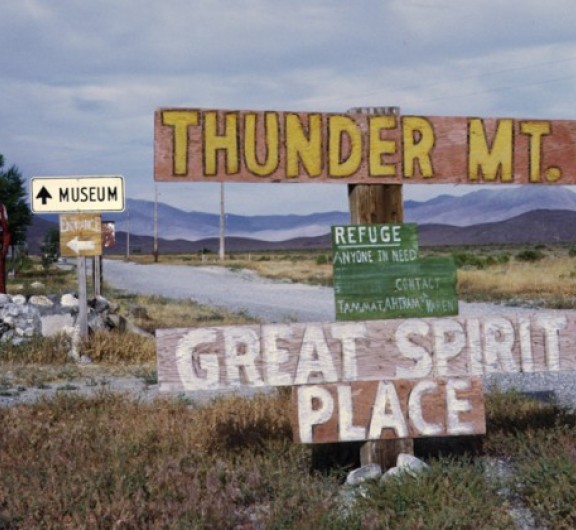 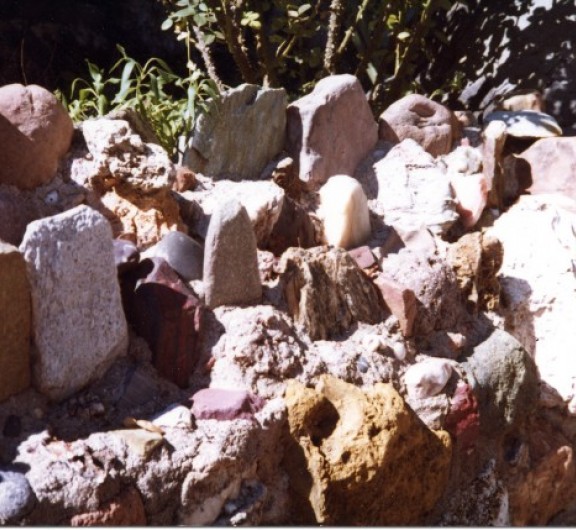