Locations include Lenin Street 5 and 51, and other locations, Yekaterinburg, Russian Federation

In 2008 the small B.U. Kashkina Museum opened along Lenin Street, one of the main streets of the Russian city of Yekaterinburg. Its aim is to present non-standard modern Russian urban culture in its various forms, with a special focus on the nonconformist artist who, using the artist name Bukashkin, contributed in his own special way to the artistic appearance of the city during the 1980s and ‘90s.

Yevgeny Mikhailovich Malakhin was born in Irkutsk and studied in Izhevsk, graduating as an engineer in energy supplies. In 1961 he went to live in Sverdlovsk (Yekaterinburg’s name from 1924 to 1991) for his job as a senior engineer for the electricity company Uralenergo. In 1965 he married and he and his wife had a daughter. For many years they lived simply, as any average family.

During the 1970s Malakhin, who was interested in philosophy, music, and art, began exploring all kinds of artistic activities. In the early years of the decade he was active in experimental photography; later he worked with wood, painted, and wrote and self-published poetry and other texts. He was self-taught in all of these areas.

In the late 1970s his marriage failed. He remarried in the early 1980s

In the mid-1980s Malakhin had his first exhibition and from that time he began to completely identify himself as an artist. He felt he needed a different name that was more “artistic,” so he first called himself Kakiem Akahievich Kashkin; this morphed into K.A. Kashkin, which later would become B.U. Kashkin or Bukashkin. He also rented a separate studio, a small room in the basement of a building on Tolmachev Street, which would become the center of artistic activities for Bukashkin and his friends.

In the late 1980s he and his friends founded the artistic company Kartinnik, based upon the philosophy that art should be considered a means of communication instead of a material product to be sold. Company members traveled through Russia in different groups, providing artistic performances and happenings, reading poetry, making music, interacting with the public, and handing out art booklets, drawings, and paintings for free.

Bukashkin became Yekaterinburg’s most important non-conformist street artist of the 1990s. He was also quite recognizable as such: a bearded man, walking around in the city with a balalaika, a large tambourine on his neck, and bells on his hat.

In both his writings and paintings, he promoted family relations and love for one’s country as important values, and he urged citizens not to drink or smoke, to love others, to enjoy life, and to do good deeds. These themes are all elucidated in his wall paintings as well as in the twenty some educative and ecological books he wrote.

In the early 1990s Bukashkin developed a theory about garbage: with the slogan Paint the Garbage, he declared that waste should be seen as art or as a basis of artwork. As part of his campaign, thinking that even the ugliest places in town could be beautified, he began making paintings on concrete fences, garages, walls of buildings, garbage bins and so on. It was said the whole city was his canvas.

Bukashkin is considered the first to create such murals in the city, pioneering what later would be considered street art. Over time, he painted over thirty murals. A number of these were on walls near his studio on Tolmachev Street, but others were located in other parts of Yekaterinburg.

After Bukashkin was forced to leave his studio because the building was demolished and replaced by new construction, he moved to a garage in an inner court along Lenin Street, Number 5. In one of the offices within the court he was able to get a job as a janitor (hence earning the nickname Russian People's Janitor). Bukashkin decorated various walls of this inner court with murals.

To keep his memory alive, in January 2008 a group of friends founded an association called Old Man Bukashkin. They have assisted in restoring Bukashkin’s murals or making replicas, and have developed the Bukashkin Trail, a walk along the areas where the artist’s wall paintings had been installed. Too, they helped to create the B.U. Kashkin Museum.

At present, the public inner court along 5 Lenin Street is the only area in Yekaterinburg where Bukashkin’s wall paintings remain in their original state; in other areas his murals have faded away, have been lost, or, in a couple of instances, have been restored or repainted as replicas. The Bukashkin Museum is further down the same street, at Number 51 Lenin Street. 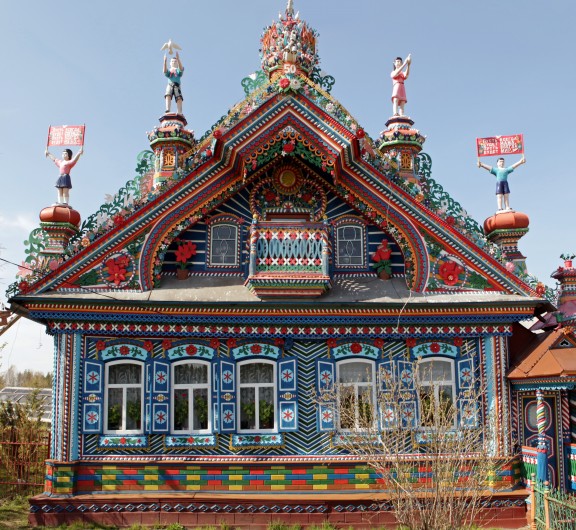 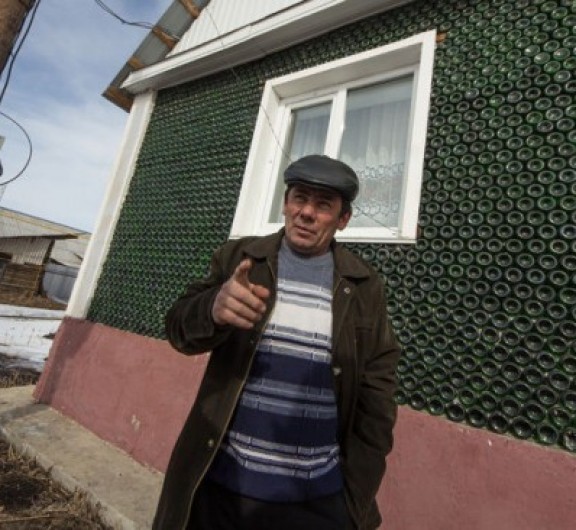 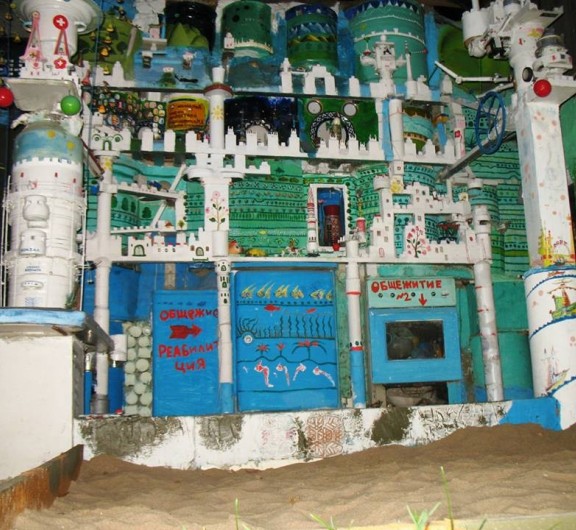 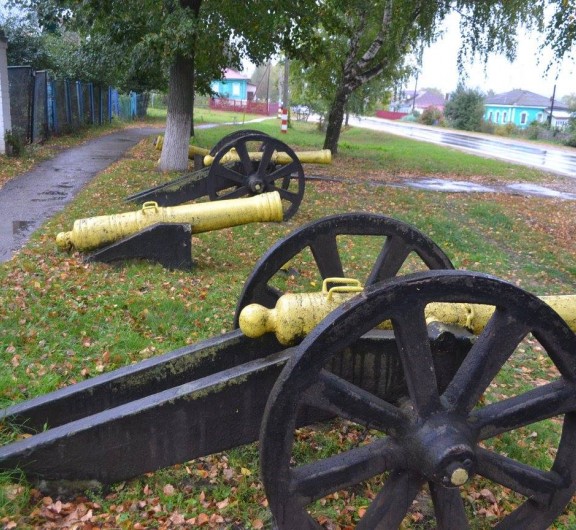 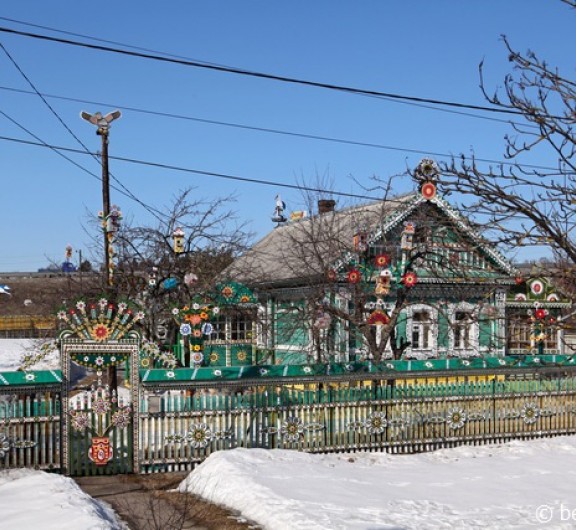