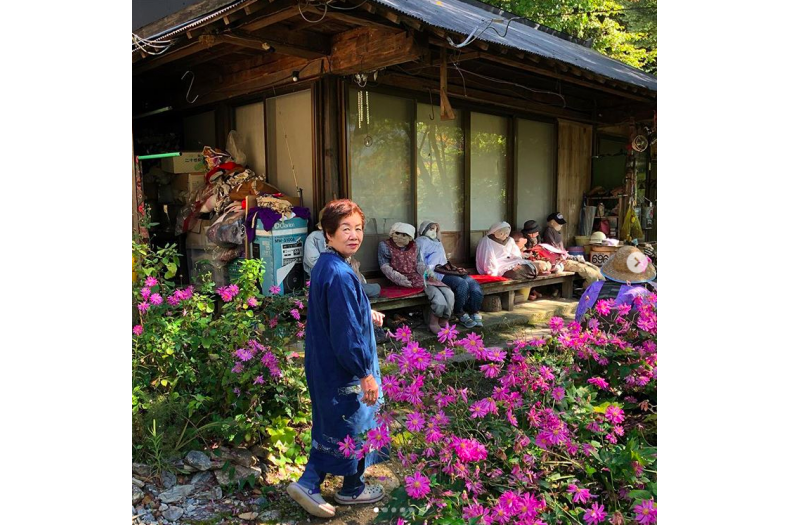 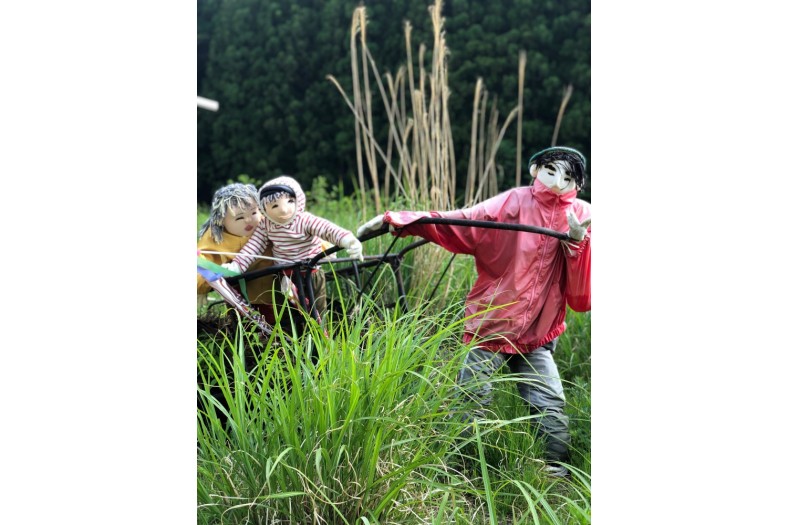 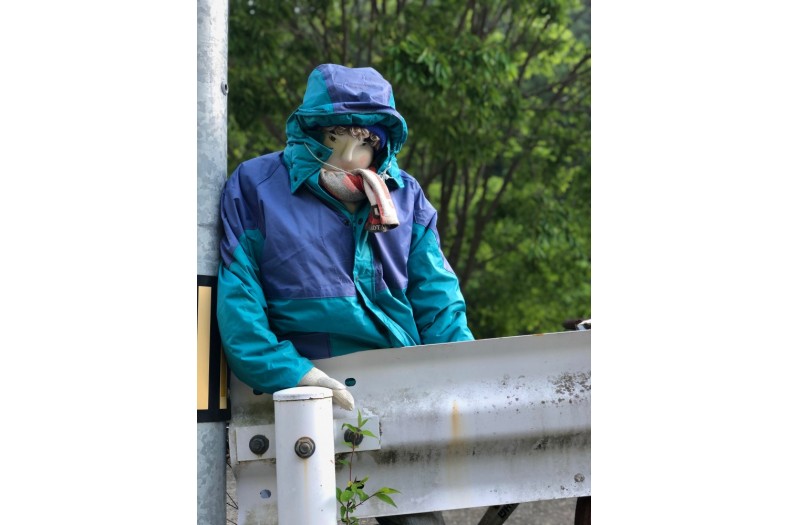 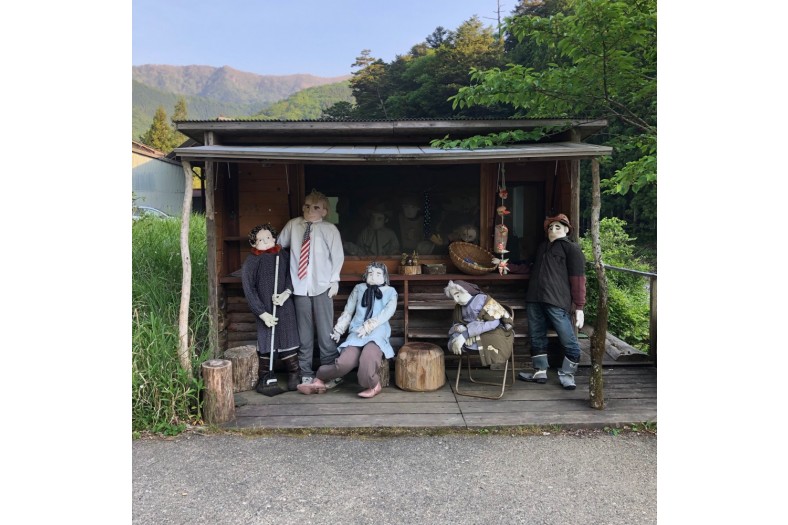 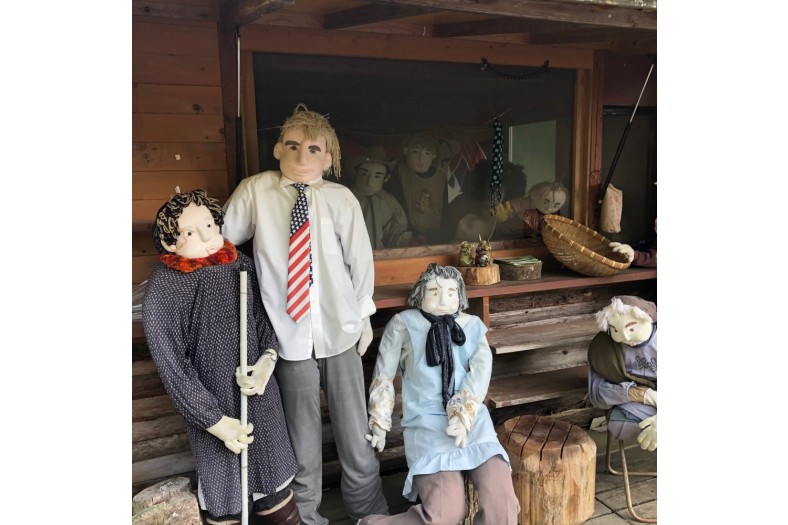 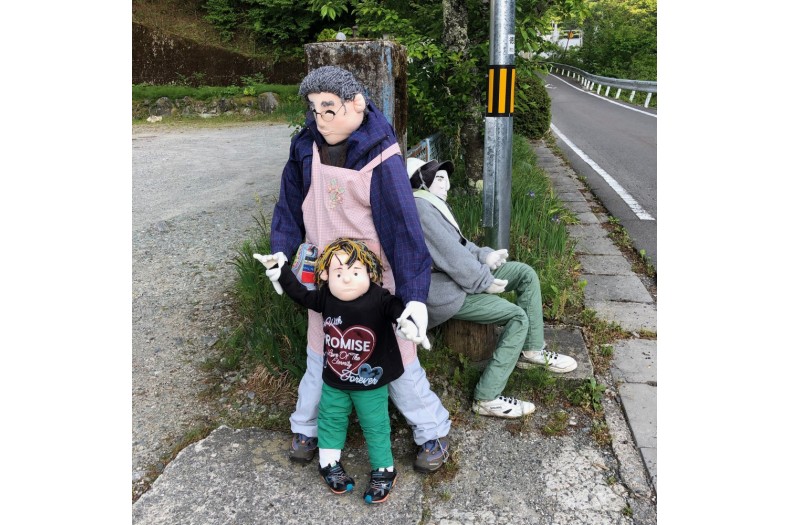 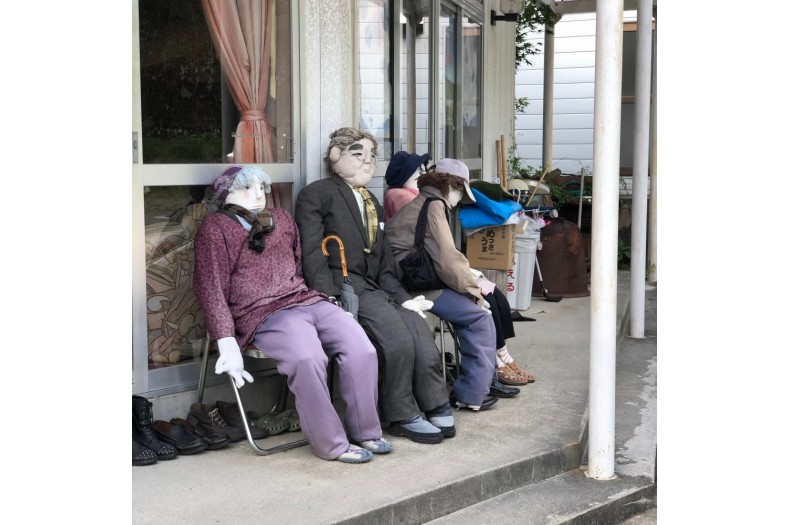 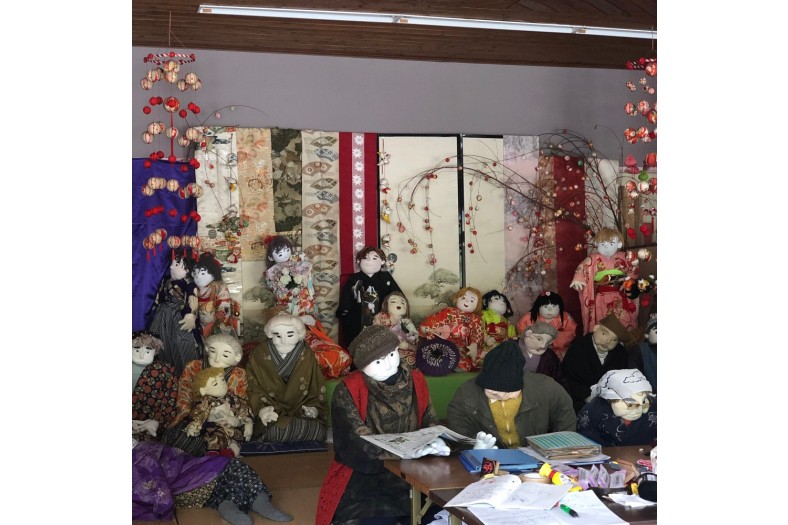 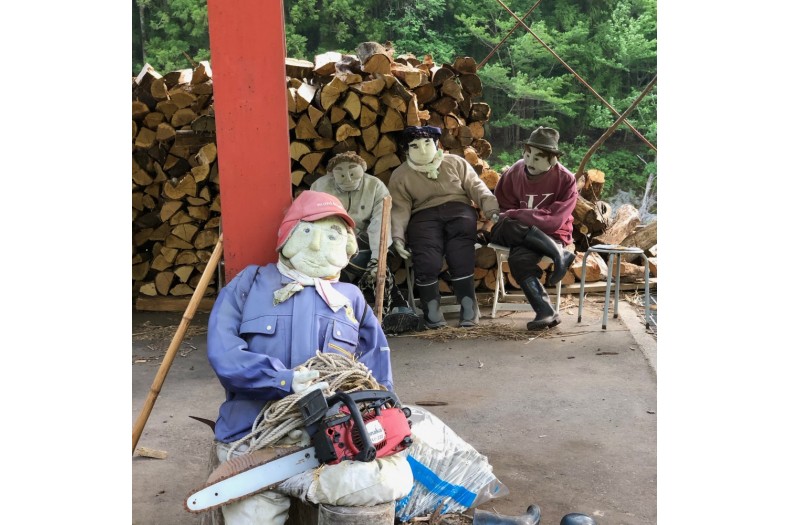 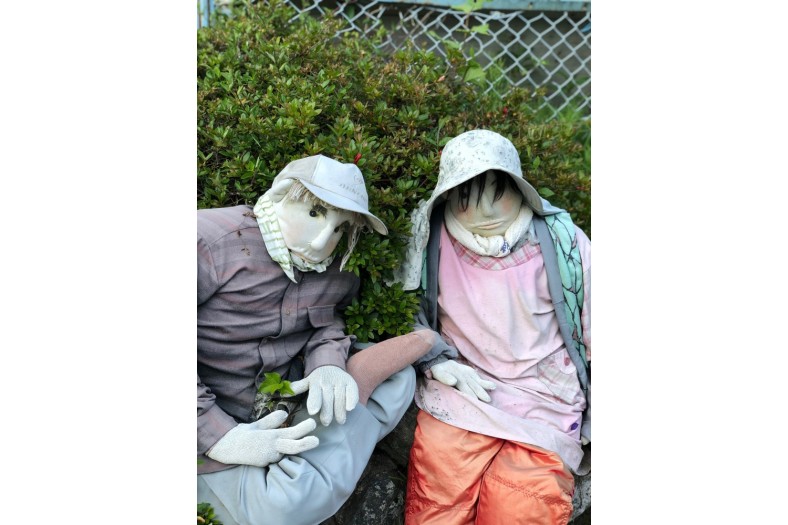 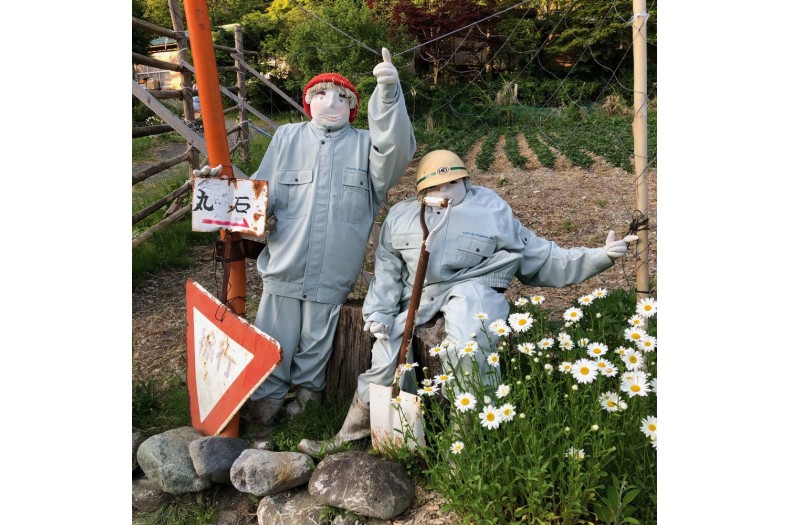 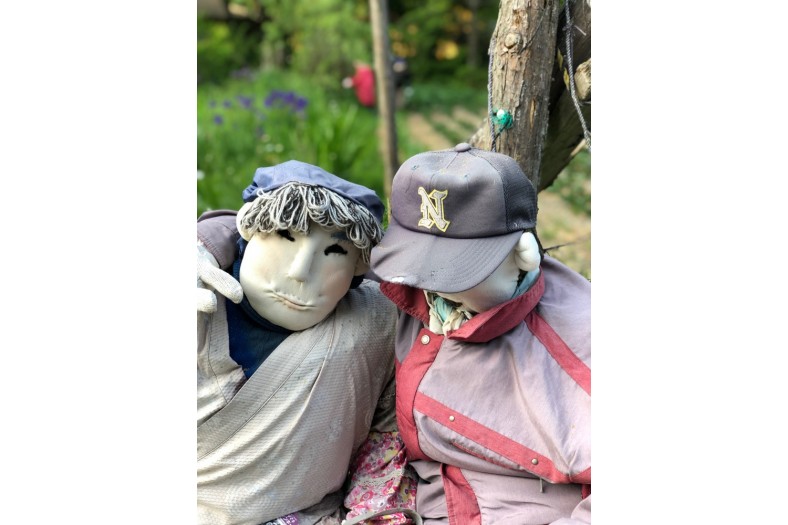 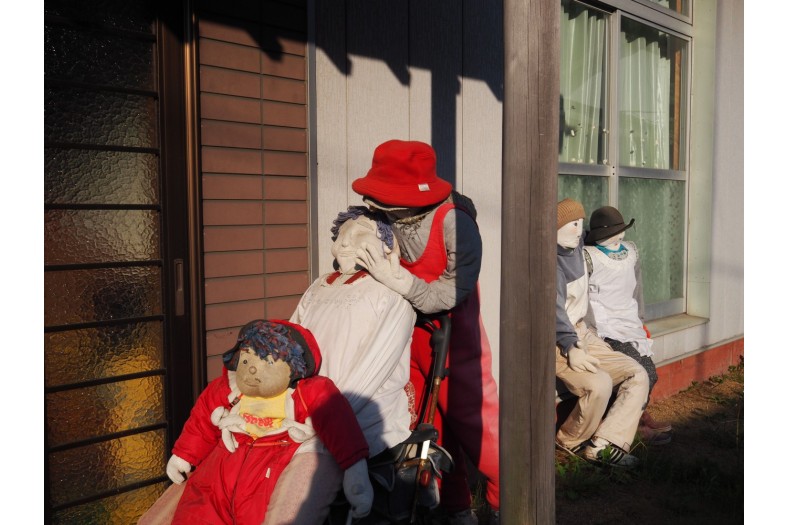 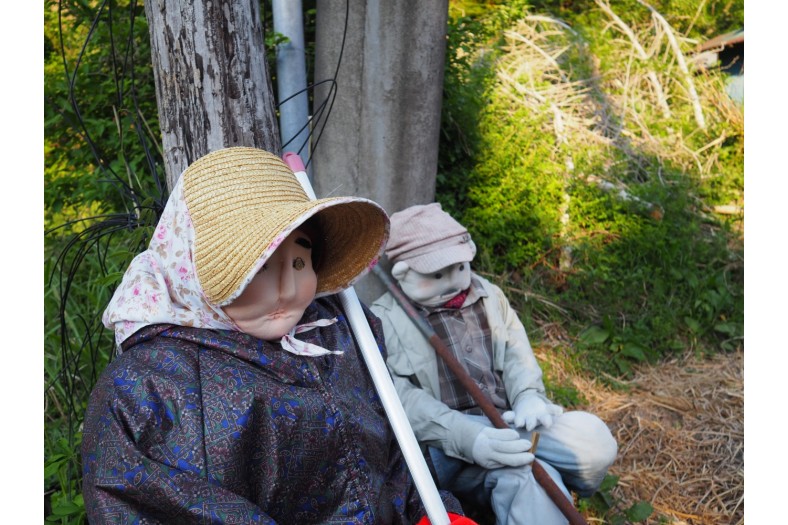 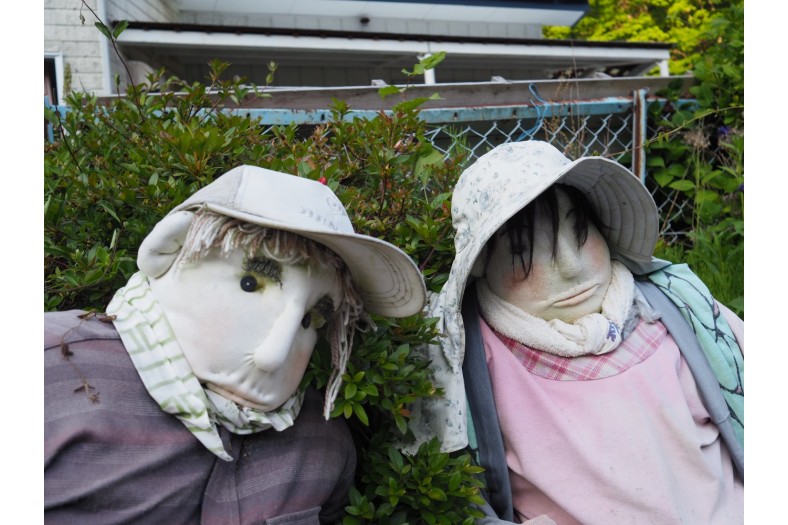 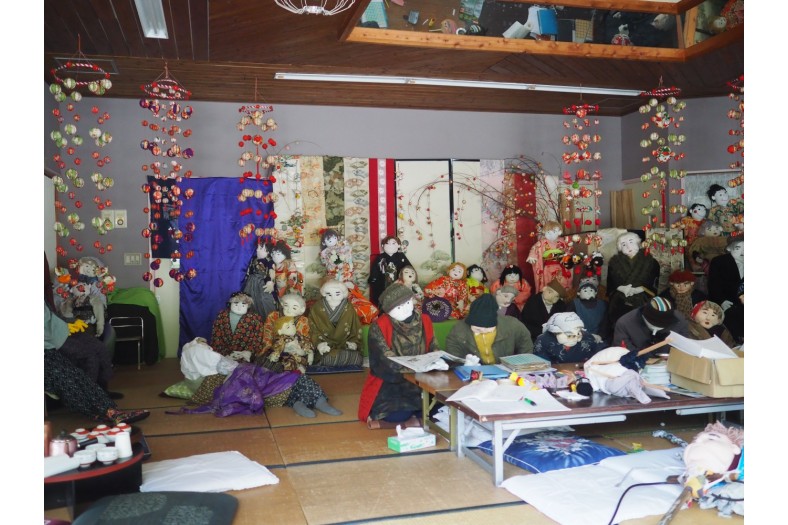 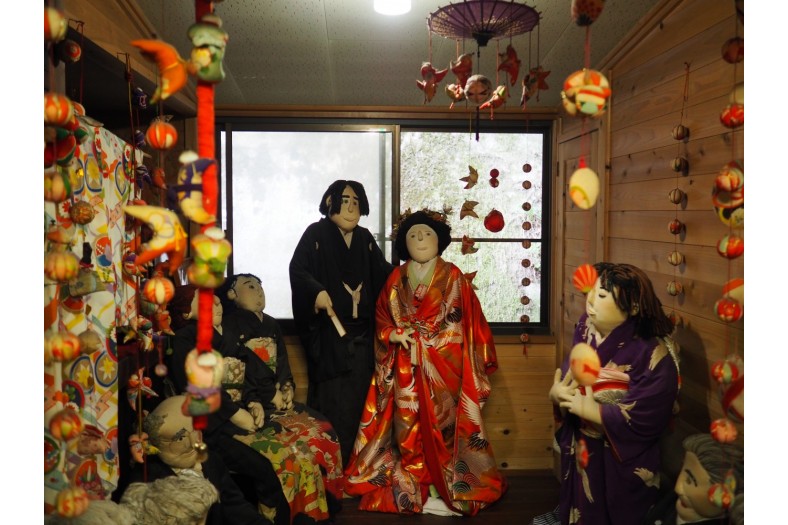 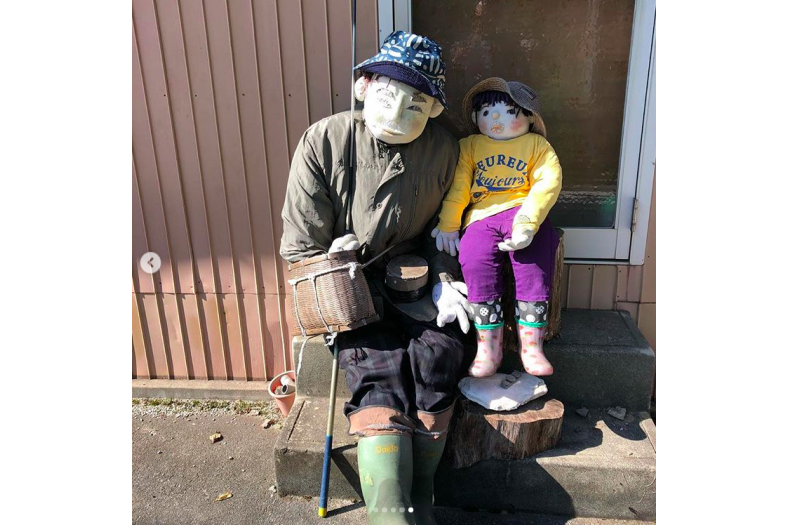 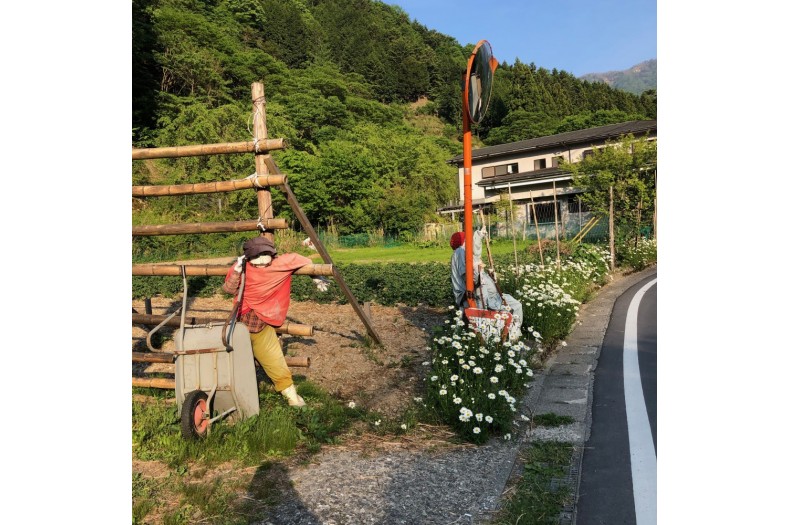 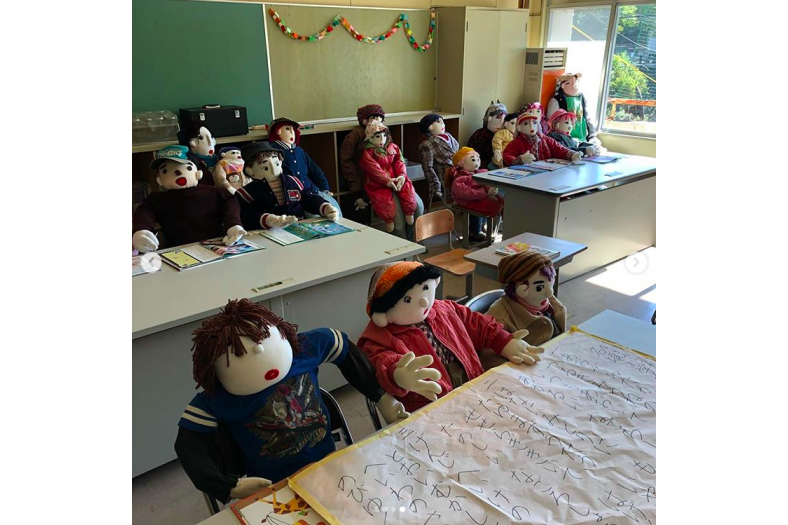 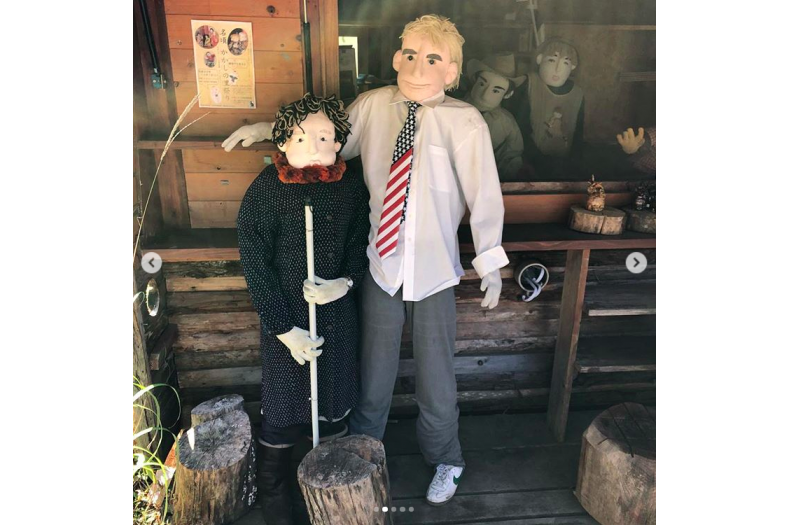 If you're unable to travel to the remote village of Nagoro, many of Ayano's dolls are visible via Google Maps' street view function.

While many of the residents of Nagoro, a tiny village on the Japanese island of Shikoku, have either moved away or died, a different population is booming. After living her entire adult life in Osaka (the second largest metropolitan area in Japan), Tsukimi Ayano returned to her childhood home of Nagoro in the early 2000s to care for her elderly father. Ayano attempted to plant a garden at her new-old home, and when birds dug up the seeds, she decided to combat the problem by making a scarecrow in the likeness of her father. Delighted by what she had created, Ayano made several more cloth dolls and installed them near the road where they would be visible to passersby. When travelers stopped and asked one of her creations for directions, she was so tickled that she decided to continue making dolls to repopulate the dwindling village. As of late 2019, Nagoro has less than 30 human residents, but more than 350 dolls occupy the village.

In a 2014 documentary short Valley of Dolls by Fritz Schumann, Ayano said she doesn’t prefer making “weird” dolls but rather positions them to blend in with the scenery—much like a neighbor might in a bustling community. Created with help from friends in town, Ayano’s dolls imbue the nearly vacant village with life as they wait patiently at bus stops, tend to fields, fish in the nearby river, congregate on porches, and attend classes at the local school (which closed to human students in 2012 when the last two children completed sixth grade). Many of the dolls are based on real people who have moved or passed away and are made more lifelike through their varied and realistic facial expressions. She creates the dolls over the course of approximately three days by stuffing stretchy fabric with batting to form the head; the torso, arms, and legs are constructed with rolled newspaper and wire. Before dressing the dolls in donated clothing, she first adds a waterproof layer to protect the dolls from the elements as many are installed outside. She’s found, however, that the dolls only survive about three years, evidenced by the green and brown mold creeping onto the faces of many of the outdoor dolls.

Ayano believes her grandmother dolls are among her best, and having intricately molded their faces to create full, jolly cheeks; tiny, pursed lips; sagging jowls; and creases expressing years of laughter or worry, it’s difficult to disagree with her self-assessment. To stave off loneliness, Ayano created a doll of her own grandmother that accompanies her on the hour and a half drive to the grocery store. Ayano is not only interested in the company of her dolls, though she has referred to them as “like her children.” She also hoped that by placing them near the entrance to the valley, the uncanny creations would tempt passersby to stop for photos and perhaps some conversation. Though it doesn’t seem that the dolls have attracted any new permanent residents, this strategy has mostly worked as the village is frequently visited by tourists, hikers, journalists, and photographers; there are dozens of photos of Ayano’s creations on Instagram tagged #nagoro, #scarecrowvillage, etc.

The popularity of Ayano’s craft has inspired other potential doll artists, and she sometimes gives lessons on her techniques—like how she manipulates fabric and stitching to create individualized facial expressions—in nearby towns or in Nagoro’s former nursery school which now serves as her studio. 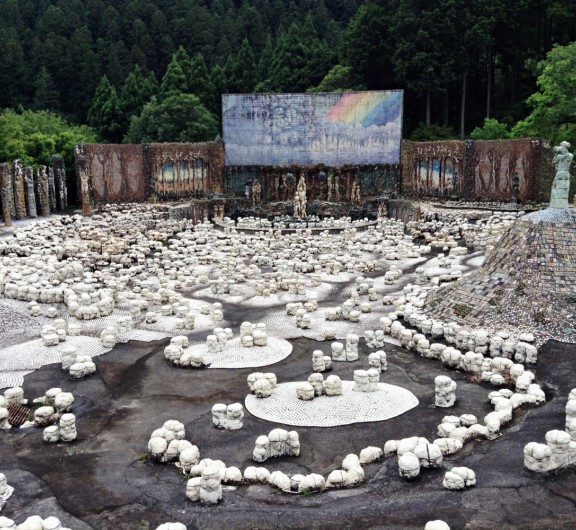 Niji no izumi (The Rainbow Fountain)